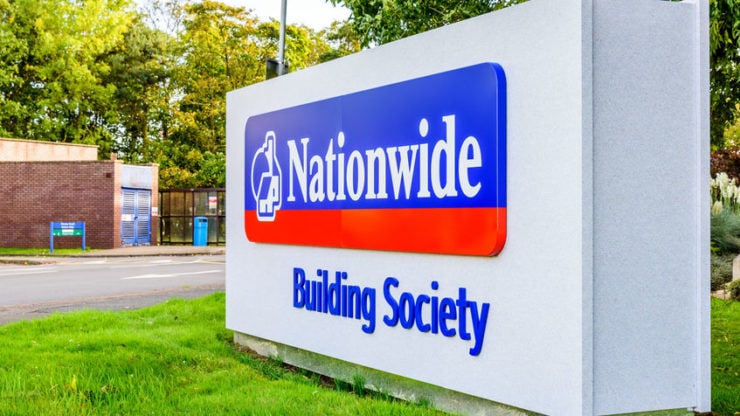 Nationwide Building Society (LON: POB_p) warned on Friday that the Coronavirus pandemic is expected to fuel loan losses in the upcoming months. Setting aside more money to cover for such losses, the company said that its characteristic above-market savings rates will no longer be available to its clients.

The leading mortgage lender attributed a £101 million hit to expected credit losses. Reporting a massive 44% decline in its profit to £466 million in the year that ended on 4th April, Nationwide announced that its utmost priority in the current fiscal year will be to maintain capital reserves. Learn more about profit and loss statements.

Nationwide acknowledged that its profit was downbeat even before the outbreak due to the rising competition in the UK’s mortgage market that weighed on margin. But the pandemic, it added, significantly worsened its chances of meeting some annual targets.

The British mutual financial institution was confident of its better pricing on savings deposits that it hoped will result in financial benefits worth over £400 million to its clients in the current financial year; a target that Nationwide now sees difficult to achieve due to COVID-19.

In terms of capital position, Nationwide said it closed the financial year with a 4.7% UK leverage ratio versus 4.9% in 2019. The company had a target of maintaining its leverage ratio at a minimum of 4.5%.

The financial institution intentionally slowed mortgage lending in the fiscal year from £36 billion to £31 billion. Savings deposits, on the other hand, climbed by £5.7 billion, which also accounted for a growth of £2.5 billion in current account balances. Technology investment, however, weighed on its financial results as Nationwide booked a £124 million charge.

The flu-like virus pushed Nationwide into taking a break from business banking in April. Due to the COVID-19 impact, the company highlighted, it was no longer feasible to successfully operate the segment. Nationwide recently launched an online mental health support network for its workforce, comprising 18,000 employees during the Coronavirus pandemic.

The Swindon-based company competes with prominent shareholder-owned banks. But as a member-owned society, Nationwide is not bound to delivering higher returns to shareholders.

In the recently ended financial year, Nationwide saw a slight decrease in its core capital buffer from 32.2% last year to 31.9%. The lender, however, was still ahead of its prominent competitors.

Mr. Khan specialises in Public Health by academia but is a trader by passion. Taking up two new hobbies of writing and trading in his teen years, he is now a professional trader and news writer with over 5 years of experience in various financial markets. Khan is passionate about bringing insightful articles to his readers and hopes to add value to their portfolios.
Related news
London stocks end lower as the U.S. reports a record increase in COVID-19 cases
3rd July, 19:27
Daimler to sell its Hambach factory as it commits to streamlining global production
3rd July, 18:21
Delivery Hero reports a 94% growth in orders in Q2 as COVID-19 restricts people to their homes
3rd July, 14:29
Intel Corporation to invest £203 million and get a 0.39% stake in Indian Jio Platforms
3rd July, 13:23
HSBC cites low returns as it discontinues its industrial metals business
3rd July, 12:14
Invezz uses cookies to provide you with a great user experience. By using Invezz, you accept our privacy policy.