Can Ab-Inbev regain its crown as top stock? 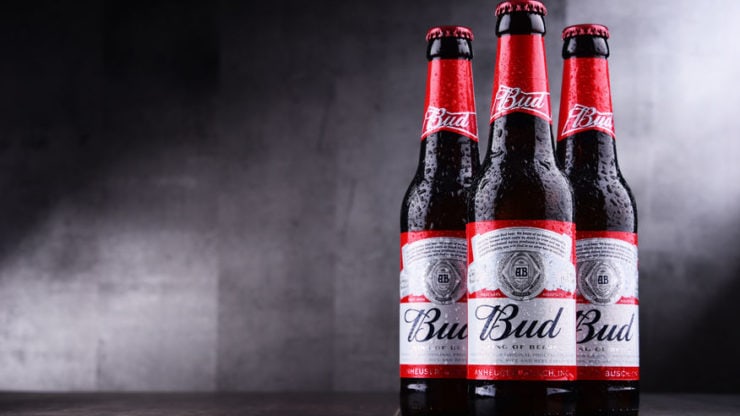 To say that Ab-InBev has had a bumpy ride over the past few months is an understatement. In fact, the global alcohol giant was forced to scrap the $10 billion initial public offering of its Asian unit back in July 2019 due to a poor investor reception. While the company proceeded with its plans a few months later, investors have been left with a hangover.

The stock was among the few that didn’t participate in the early 2020 rally and is down more than 40% since the start of the year versus a 5.6% decline in the S&P 500 index. Earnings haven’t been kind to the company despite a surge in COVID-19 inspired alcohol sales.

A new king is crowned?

Shares of Boston Beer Company are up more than 40% since the start of 2020 and hit a new all-time high Friday at $566. The huge run over the past few months has now pushed the stock clearly into overbought territory, at least based on a relative stock index (RSI) chart.

In Boston Beer’s case, the RSI level returned to a level not seen since last August when the stock lost around $100 per share or more than 20%, Maley said. However, by the same metric, Ab-InBev’s stock is starting to look attractive.

The king stays the king

Shares of Ab-InBev have rallied more than 15% in a few short days and the same RSI chart still points to an oversold condition, he said. Granted, the stock is no longer “wildly oversold” as it was over the past few weeks, but nevertheless “it is still oversold.”

Looking at Ab-InBev’s daily stock chart over the past year shows a few instances where the stock tried to rally to the $50 level but has failed on several occasions. If the recent momentum can sustain, shares “can finally break above that” level. If successful, it should have a “lot of upside momentum.”

But before getting ahead of themselves, investors need to be reminded to “wait for that actual break to take place,” he concluded.

Jayson Derrick has been writing professionally about stocks since 2011. He is particularly interested in alternative investments, hedge funds, and activist investing. He is a big fan of NHL hockey and lives in Montreal, Canada with his wife and four year old daughter.
Related news
London stocks end lower as the U.S. reports a record increase in COVID-19 cases
3rd July, 19:27
Daimler to sell its Hambach factory as it commits to streamlining global production
3rd July, 18:21
Delivery Hero reports a 94% growth in orders in Q2 as COVID-19 restricts people to their homes
3rd July, 14:29
Intel Corporation to invest £203 million and get a 0.39% stake in Indian Jio Platforms
3rd July, 13:23
HSBC cites low returns as it discontinues its industrial metals business
3rd July, 12:14
Related market data
Invezz uses cookies to provide you with a great user experience. By using Invezz, you accept our privacy policy.