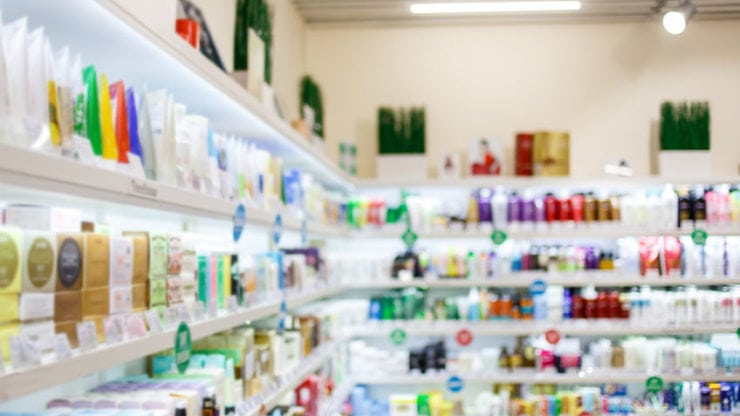 Marathon Partners has been an e.l.f. Beauty shareholder since 2018 when it owned around 5% of the entire company. The activist initially pushed e.l.f. Beauty to consider a sale of itself or refocus on its core operations.

Today Marathon’s stake stands at around 4% and was as high as 8% in the past.

The activist investor is likely frustrated with the stock’s performance since its first stake. The stock traded on several occasions above the $20 per share level in 2018. But the stock fell as low as $7.58 in 2020 but has since more than doubled in value.

E.l.f. Beauty CEO Tarang Amin was a guest on CNBC’s “Mad Money” with Jim Cramer on Friday and said the company has been operating for 16 years in which it showed “very strong growth” in nearly every year. The notable exception took place in 2018 when its business declined by 2%.

But 2018 also served as a “real wake up call” and pushed management to rediscover how it can return to its roots, the CEO said. Management put in place a new strategic plan which helped generate year-over-year sales growth in each of the most recent five quarters. E.l.f. Beauty is also the only top-five brand beauty company actually gaining market share.

Digital disruptor at the core

E.l.f. Beauty credits its recent success to its commitment to remaining a core “digital disruptor” company, Amin said. A digital focus first strategy is truly paying off in what many call the “selfie generation” where young people feel the need to always look their best for selfies.

But more than just the selfie-takers, the older generation folks need to look good for the new reality where commerce is conducted more than over through Zoom and other video conferencing platforms.

Sales of beauty products contracted across the board and e.l.f. Beauty “was not immune” to the broader trend, the CEO said. But for the four week period ending in late May, the company noted an 11% consumption growth in a down category.

The company’s two biggest targets in Walmart Inc (NYSE: WMT) and Target Corporation (NYSE: TGT) are “both doing well” and the relationship remains strong. In fact, Walmart already said it will allocate more of its shelf space to e.l.f. Beauty products.

“We are the most productive brand that Walmart and Target carry and we need to keep it that way,” he said.

Jayson Derrick has been writing professionally about stocks since 2011. He is particularly interested in alternative investments, hedge funds, and activist investing. He is a big fan of NHL hockey and lives in Montreal, Canada with his wife and four year old daughter.
Related news
Goldman Sachs tops analysts’ estimates for earnings and revenue in the fiscal second quarter
15th July, 13:24
UnitedHealth Group says its net income more than doubled in the fiscal second quarter
15th July, 12:17
Dixons Carphone reports a 50% decline in annual profit due to COVID-19 restrictions
15th July, 11:26
McCarthy & Stone swings to a loss as COVID-19 weighs on housing transactions in H1
15th July, 10:14
Burberry blames COVID-19 as comparable sales decline by 45% in the first quarter
15th July, 09:41
Related market data
Invezz uses cookies to provide you with a great user experience. By using Invezz, you accept our privacy policy.