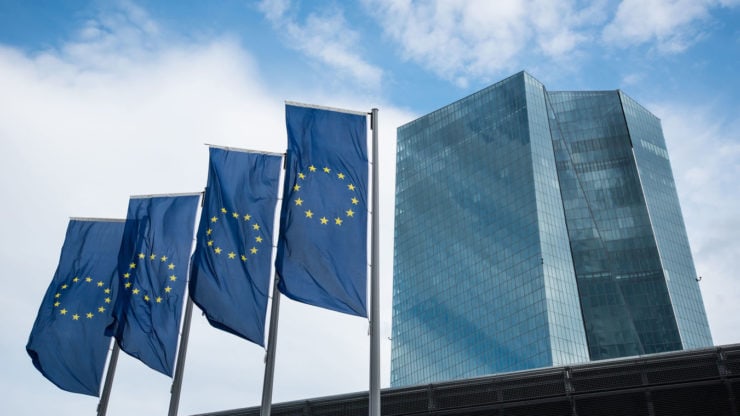 DAX Index has finally managed to get above 12000 as investors continue to push the index higher. After it gained 6.7% in May, DAX has continued to trade in the same direction in the first week of June on the expected €1.85 trillion recovery package unveiled by the EU last week.

The European Union’s Commission presented a €1.85 trillion recovery package last week, which seeks to boost the eurozone economy after the Covid-19 crisis, as reported in the official European Commission document.

“This is Europe’s moment. We either all go it alone…or we pave a strong path for our people and for the next generation,” said Ursula von der Leyen, President of the European Commission.

In a tweet, the European Commissioner for Economy Paolo Gentiloni said the Commission is putting forward a €750 billion recovery package, of which €500 billion would be granted to the European countries while the remaining €250 billion could be used as loans.

“To protect lives and livelihoods, repair the Single Market, as well as to build a lasting and prosperous recovery, the European Commission is proposing to harness the full potential of the EU budget. Next Generation EU of €750 billion as well as targeted reinforcements to the long-term EU budget for 2021-2027 will bring the total financial firepower of the EU budget to €1.85 trillion,” she added.

The Prime Minister of Italy, Guiseppe Conte described this as an excellent signal from the EU.

“We were described as visionaries because we believed in it from the beginning. 500 billion in grants and 250 billion in loans are an adequate figure. Now let’s speed up the negotiation and free up the resources soon,” Conte outlined.

The funds are set to be released on January 1, 2021, however, the EU has already set aside funds from the current budget to help its members recover from the pandemic.

DAX has recorded another great day as the buyers pushed the index above 12000 for the first time since the first week of March. Today’s gains of 3.57% brought DAX above 12000 to test the key resistance that is located in this zone.

Looking at the weekly chart above, we see that the price action now trades between two weekly moving averages. This is a key resistance for DAX and its break is likely to make DAX price action look ultra bullish. Therefore, we suspect that a pullback may take place this week for the buyers to consolidate their gains.

DAX gained an additional 3.5% today to trade above 12000 for the first time in three months. The buyers received a boost last week when the EU Commission unveiled the new €1.85 trillion stimulus package.

Specialising in economics by academia, with a passion for financial trading, Michael Harris has been a regular contributor to Invezz. His passion has given him first hand experience of trading, while his writing means he understands the market forces and wider regulation.
Related news
Capri Holdings’ Q4 revenue slides 11.3% as COVID-19 shuts stores in recent months
1st July, 13:50
General Mills reports a 21% increase in Q4 sales as COVID-19 fuels at-home dining
1st July, 13:10
Hammerson collects only 16% of Q3 rents in the UK due to COVID-19 challenges
1st July, 12:16
FedEx tops analysts’ estimates for profit and revenue in the fourth quarter
1st July, 11:32
SSP Group may cut 5,000 jobs as COVID-19 continues to weigh on passenger numbers
1st July, 10:35
Related market data