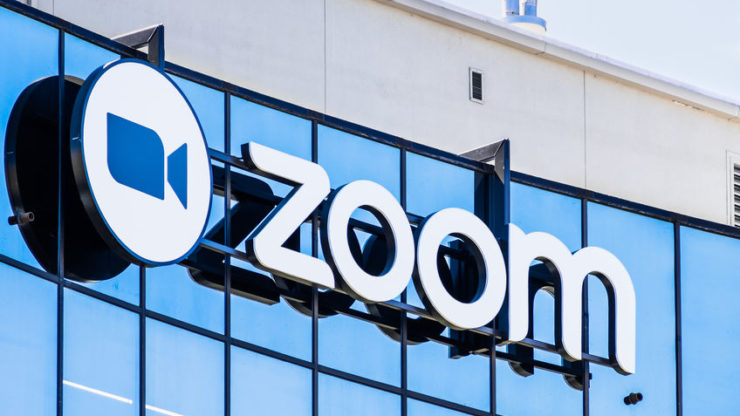 Written by:
Wajeeh Khan
3rd June, 15:42
Are you looking for fast-news, hot-tips and market analysis? Sign-up for the Invezz newsletter, today.

Zoom Video Communications (NASDAQ: ZM) released its quarterly financial results on Tuesday that posted an unprecedented 169% increase in its revenue in the first quarter. The company attributed its success to the Coronavirus pandemic that invited millions of people to its video calling platform. Zoom also upgraded its full-year guidance for revenue by almost 100%. Zoom was also confronted with accusations of privacy violations in Q1.

Shares of the company were reported 4% down in extended trading on Tuesday. At £163 per share, Zoom is roughly 200% up year to date in the stock market. At the time of writing, Zoom has a market capitalisation of £46.65 billion and a price to earnings ratio of 1,150.44. The American tech company remained flat on average in the stock market last year.

According to Refinitiv, analysts had anticipated the company to print £161.16 million in revenue in the first quarter. In terms of earnings per share (EPS), their estimate was capped at 7.1 pence per share. In its report on Tuesday, Zoom topped both estimates posting £260.95 million in Q1 revenue and making 15.9 pence of adjusted earnings per share.

In its announcement on Tuesday, Zoom also highlighted that it now forecasts its full-year adjusted earnings in the range of 96 pence to 103 pence per share. It estimated revenue of £1.42 billion in the current financial year. Originally in March, the U.S. technology company had anticipated 33.4 to 35.8 pence of earnings per share and £719.55 million to £727.50 million in revenue for the full fiscal year.

Zoom’s gross margin contracted to 68.4% in the recent quarter versus 82.7% in Q4 and 80.2% in the same quarter last year. The company boasted 265,400 customers at the end of the first quarter that marks a 354% year over year growth. Zoom currently has over ten employees. Here’s why Zoom recently recommended its users to upgrade the app before 30th May.

“Moving forward, as we build additional capacity in our own data centres, we expect to gain some efficiencies, bringing gross margin back towards the mid-70s in the next several quarters ahead.”

Steckelberg also confirmed on Tuesday that Zoom’s data centre equipment’s capital expenditure is likely to increase in the upcoming months. As per CEO Eric Yuan, the company currently has no plans of introducing ads to its calling platform.

In line with its tradition, Zoom did not disclose the number of active users in its report on Tuesday.