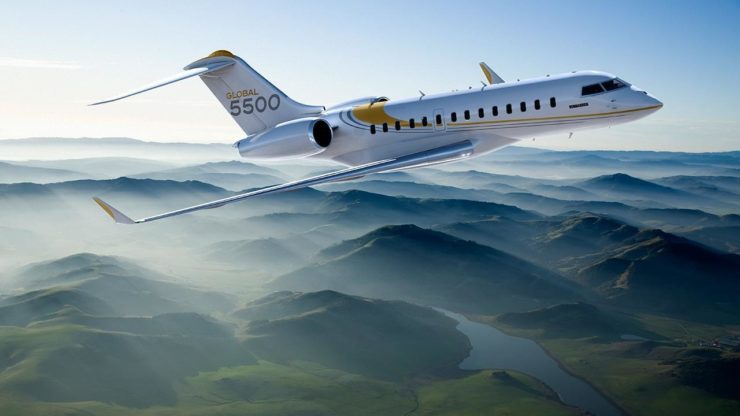 In an announcement on Friday, Bombardier (TSE: BBD.B) said that it plans on slashing 2,500 jobs representing about 11% of the company’s aviation workforce in a bid to cushion the economic impact from the Coronavirus pandemic that has brought the global travel and tourism industry to a near halt.

Shares of the company are currently about 1% up on Friday. At 28 pence per share, Bombardier is roughly 75% down year to date in the stock market.

Bombardier to slash production in the upcoming months

Learn more about why prices rise and fall in the stock market. And how to buy shares easily here.

The global aviation industry is taking the hardest hit due to COVID-19 that has pushed the world’s largest aeroplane manufacturers, Airbus Se (EPA: AIR) and Boeing Co (NYSE: BA), into reducing production as customers continue to defer deliveries. Bombardier withdrew its guidance for fiscal 2020 in March.

In a memo sent out to employees about the job cut, president of Bombardier’s Aviation business, David Coleal, said:

“We are now faced with the difficult decision to adjust the size of our business, considering both disruptions in our supply chain as well as industry-wide forecasts calling for approximately 30% year over year drops in unit deliveries due to the pandemic.”

Bombardier’s spokesman for Aviation business, Mark Masluch also highlighted on Friday that the Canadian manufacturer may also slash production in the upcoming months, specifics of which, were not divulged at this stage.

Bombardier’s aviation and rail segments combined currently have a workforce of about 60,000 employees. The job cut, as per the company, will result in a £31.50 million charge.

Bombardier to sell its rail segment to France’s Alstom

The Montreal-headquartered company recently quit its business for commercial aircraft. France’s Alstom (train maker) is also currently in talks with Bombardier to buy its rail segment for £5.52 billion. Following the completion of the transaction, Bombardier will only remain a key player in the market for business jets.

Sources also confirmed on Friday that 717 members the International Association of Machinists and Aerospace Workers in Montreal will be affected by Bombardier’s recently announced job cut. These workers are presently benefitting from the Canadian government’s emergency wage subsidy program amidst the novel financial challenges posed by the ongoing pandemic.

Bombardier’s performance in the stock market was also slightly downbeat in 2019 with an annual decline of about 5%. At the time of writing, the Canadian multinational manufacturer of business jets has a market cap of £720 million.