Broadcom’s revenue jumps to £4.53 billion in the second quarter 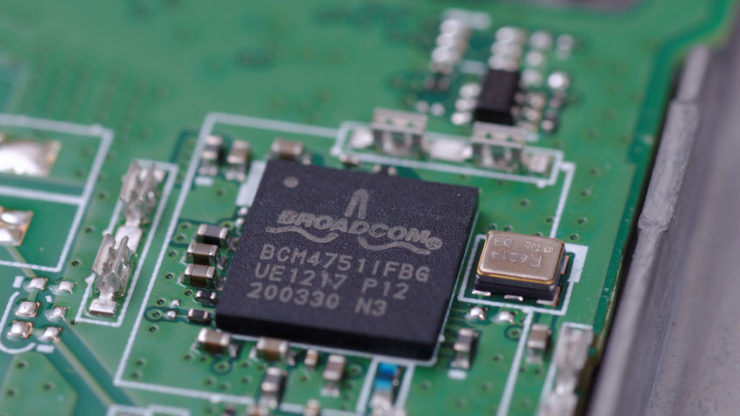 “Second-quarter results were in line with out expectations, and saw limited impact from the effects of COVID-19. Looking ahead, our third-quarter guidance for semiconductors reflects a surge in demand from cloud, telecom and enterprise customers, offset by supply-chain constraints and an expected substantial reset in wireless.”

Shares of the company were reported about 1% up in after-hours trading on Thursday. At £246.50, Broadcom is roughly 3% down year to date in the stock market after recovering from a low of £132.60 in March. In comparison, the broader S&P 500 index is flat on average in 2020 so far. Learn more about value investing strategy.

At £385.53 million, the American company’s net income came in significantly lower in Q2 as compared to £545.91 million in the same quarter last year. Broadcom made £4.06 of adjusted earnings per share in the recent quarter versus the year-ago figure of £4.12 per share.

In terms of revenue, the U.S. company jumped from £4.36 billion last year to £4.53 billion in the second quarter. According to FactSet, experts had forecast the company to print £4.50 billion in revenue in Q2. Their estimate for earnings per share was capped at £4.06.

Broadcom suspended its financial guidance for full-year in March. For Q3, the company said that it now estimates its revenue to lie in the range of £4.42 billion to £4.65 billion. Analysts, on the other hand, forecast its Q3 revenue at £4.57 billion.

Broadcom’s performance in the stock market was reported fairly upbeat in 2019 with an annual gain of about 30%. At the time of writing, the U.S. based developer, designer, manufacturer, and global supplier of semiconductor and infrastructure software has a market cap of £97.29 billion and a price to earnings ratio of 51.02.