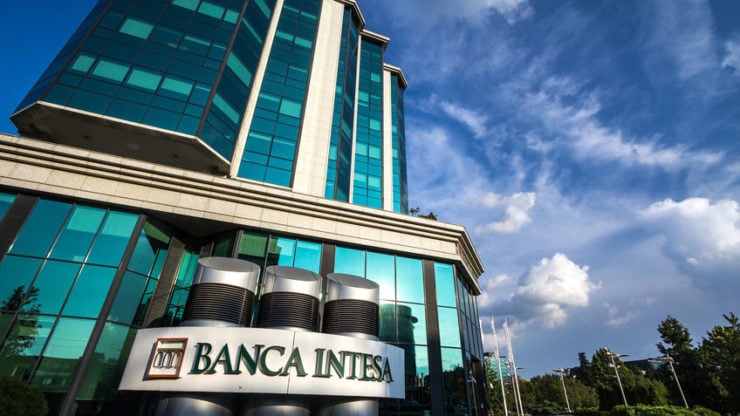 Shares of Intesa Sanpaolo (MIL: ISP) recorded the best week since 2011 by gaining more than 14%. The price action is now approaching a critical resistance around 1.80, which served as a multi-year support in the past.

Intesa Sanpaolo received positive news from the European Central Bank (ECB) in relation to its takeover of UBI Banca (MIL: UBI), Reuters reports. The bank now has to get approval from Italian antitrust and market authorities.

By completing this deal, Intesa hopes to become the Eurozone’s seventh-largest bank with more than €1 trillion in assets, focused on asset management and insurance. Going forward, Intesa will launch an official bid now and wait for a green light from the Italian Competition Authority (ICA), which is expected to rule on the case over the course of the next month.

“UBI Banca has local entrenchment in the most dynamic regions of the country, enjoys outstanding results that have been achieved thanks to the excellent job of both its CEO and its management team, and has a sound Business Plan. All this can continue to be achieved and be indeed further enhanced in the combined Group,” the bank said in February.

Italian authorities urged domestic banks to consider mergers as to lower the costs and increase profits.

Invezz reported last week that Intesa has given preliminary approval to a 3-year government loan worth more than €6 billion euros for Fiat Chrysler Automobiles (BIT: FCA).

Shares of Intesa Sanpaolo gained north of 14% this week to record the best week in 9 years. This way, the buyers made sure that they continued in June where they left in May, having gained more than 11% in the last two weeks of the month.

Intesa stock price is now approaching the critical short-term resistance around 1.80, which used to act as multi-year support prior to the coronavirus-related market selloff. To learn more about how support becomes resistance, and vice versa, read here.

Shares of Intesa recorded a great week again to make it three in a row. The banking giant received a green light from the ECB for a planned takeover of UBI Banca, subject to approval from the Italian Competition Authority (ICA).