NZD/USD may drop 15% by year-end, the bank warns 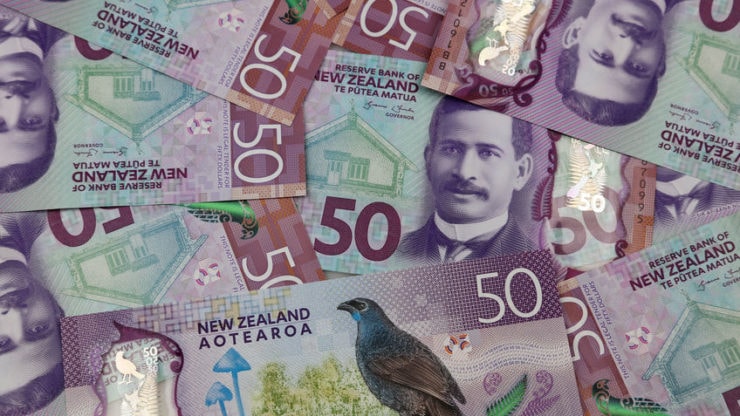 Written by:
Michael Harris
5th June, 10:59
Are you looking for fast-news, hot-tips and market analysis? Sign-up for the Invezz newsletter, today.

Australia and New Zealand Banking Group, also known as ANZ, has remained bearish on NZD/USD despite a recent rally in the pair that saw the price gain more than 1,000 pips since March.

ANZ bank has remained bearish on NZD/USD, despite the pair making significant gains in the recent weeks. The worsening risk sentiment and dovishness from the Reserve Bank of New Zealand (RBNZ) is likely to weigh on commodity currencies, according to the bank.

“The RBNZ’s dovish guidance – a willingness to consider negative rates and a preference for quantitative easing across the curve – has created a setting for domestic rates outperformance. This policy divergence is likely to dampen the NZD’s performance, particularly against more cyclical currencies that are policy constrained either by choice or by proximity to an effective lower bound,” ANZ analysts said in a note.

“We are cautious on the global recovery and see rising risks from geopolitical tension as a potential downside catalyst to the market view. This is reflected in our NZD/USD forecast path to 0.55 by year-end,” ANZ concludes.

In the data front, the ANZ Commodity Price Index was reported at -0.1% in May, easily the market expectation of -1.6%. However, the reaction in NZD/USD was pretty much muted.

The kiwi has made significant gains against the USD in the past few weeks, following the printing of the 11-year low in March on the collapsing stock market. The pair has gained nearly 10% in the last 3 weeks only, to hit a 4-month high around the $0.65 handle.

As seen in the weekly chart above, the price action is now closing in on the 100-WMA at $0.65300, which is a key target for the buyers. In addition, a confluence of resistance levels is located above $0.6480 in the context of the horizontal resistance and Fibonacci retracement.

Therefore, it is likely that we may see a pullback from these levels given the strength of the resistance standing in front of the NZD bulls.

NZD/USD has made significant gains in the last three weeks with the pair trading around the $0.65 mark for the first time since late January. Still, the ANZ bank sees kiwi dropping against the USD by year-end on dovish RBNZ and deterioration in the risk sentiment.