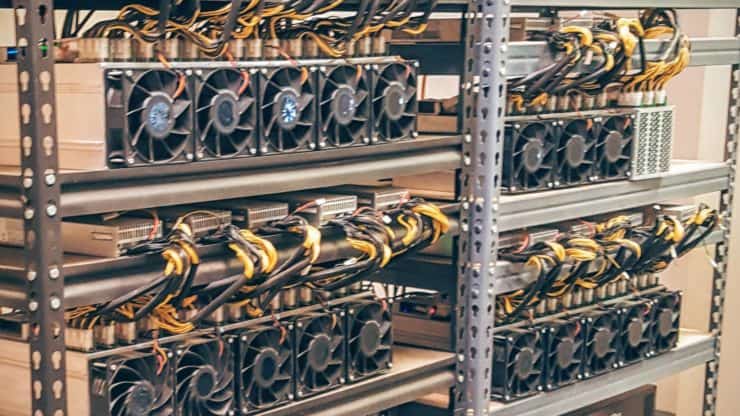 Written by:
Ali Raza
8th June, 12:08
Are you looking for fast-news, hot-tips and market analysis? Sign-up for the Invezz newsletter, today.

It has been nearly a month since Bitcoin (BTC) went through its third halving. During this time, analysts from the on-chain analytics company, Glassnode, collected data, hoping to spot irregularities in the Bitcoin network’s behaviour. What they found is that ‘weaker’ miners likely already sold their mining rewards.

However, more established miners are taking the opposite approach, and are choosing to hold on to their BTC. In fact, analysts assume that they are increasing their BTC stash on a weekly basis.

Glassnode’s Miner Outflow Multiple (MOM) for BTC shows that the amount of BTC that leaves miner pools is approaching its new one-year-low, based on its 365-day moving average.

In other words, miners who are not suited for the new, complex age of Bitcoin mining are likely selling the last of their rewards. Meanwhile, well-established players are choosing to HODL, instead.

According to Glassnode, MOM is a ratio that is calculated by how much of all BTC leaves the mining pools, against the 365-day moving average for such outflows. At the beginning of the weekend, the figure was pegged at 0.33, which is a 70% drop from 1.02, where it sat only a day before, on June 5th.

Meanwhile, the value was highest for this year on March 10th, only two days before the crypto price crash. Back then, it sat at 1.8.

Many have found it interesting that the readings were the highest just before the so-called Black Thursday. Of course, this is still quite far away from the highest reading in BTC history, which took place in 2013, when it exceeded 24. Back then, Bitcoin’s price was only $135.

Is the miners’ behavior a bullish sign or not?

While some believe that the metric is suggesting a drop in prices, the founder of Adamant Capital — a Bitcoin-focused investment firm, Tuur Demeester, believes that this is a bullish sign.

Glassnode data, on the other hand, suggests that miner activity is on a steady decrease. The decrease started in late May, and it continued ever since. The metrics also show that BTC sales almost matched the miners’ income right after the halving took place. However, earlier data also shows that BTC miners’ revenue crashed by 60% in this period.

There are also those who believe that the miners are simply HODLing because the current market conditions are unsatisfactory. This is what Bytetree’s Charlie Morris suggested.