Block.One set to launch Voice before the scheduled date 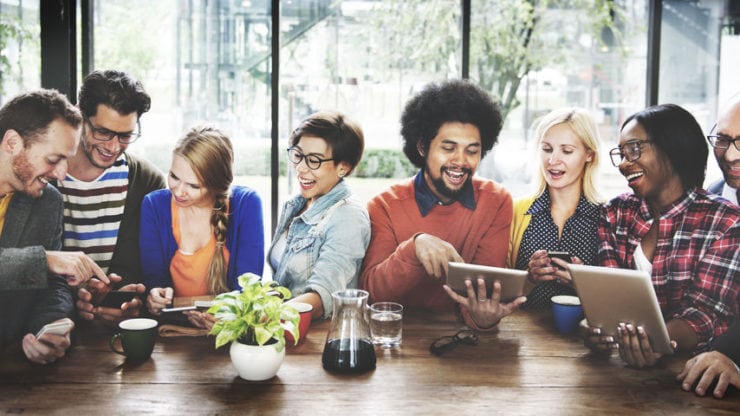 Written by:
Jinia Shawdagor
8th June, 13:09
Are you looking for fast-news, hot-tips and market analysis? Sign-up for the Invezz newsletter, today.

Block.One, the creator of EOS will roll out Voice, its blockchain-powered social media platform ahead of schedule. Voice’s CEO, Salah Zalatimo unveiled this news through a tweet on June 6, noting that this change will see Voice go live on July 4. Per Zalatimo’s tweet, only registered users will be able to publish content on the platform or engage other members online. He added that they had initially prepared for a big reveal in fall. However, they expedited the launch to help take social media back from big tech quickly.

“I joined Voice earlier this year to build a social and publishing experience on top of that foundation. We had been building towards a big reveal this fall. But, we simply can’t wait any longer. We need to take social back from big tech NOW. So, we did what startups do.”

He added that they intend to open up the platform to readers on June 4. However, only registered users will be able to publish or engage. Zalatimo concluded by saying that registration will remain by request until August 15. After this, users will be in a position to invite their friends to join the platform.

A fight to eliminate data auctioneering on social media

This news comes after Voice launched its beta version earlier this year on February 14. At that time, the initiative disclosed that it was working actively with regulators to ensure compliance. Per voice, it intends to cycle value back to users through its tokens. On top of this, the platform seeks to eliminate the current problems plaguing the social media sector. These include hidden algorithms and auctioneering of user data.

To help achieve this feat, Block.One reportedly invested £79 million in Voice since its official announcement on June 2, 2019. On top of this, the firm bought the domain name voice.com for £23.74 million. According to Block.One, purchasing the domain name was significant because it would help its platform achieve instant recognition. Also, the company believes a domain name would propel business and accelerate the rate of creating value.

Despite running on the blockchain, Voice has sparked some privacy concerns. This is because all members must verify their identities to use the platform. The identification process involves disclosing their home address, government identification, and their images. Block.One joined hands with HooYu to verify member identities and to store all relevant data. Block.One unveiled that HooYu can use the collected data to detect and prevent crime.

Do you think Block.One’s Voice will help eliminate the current problems afflicting the social media space? Share your thoughts in the comment section below.