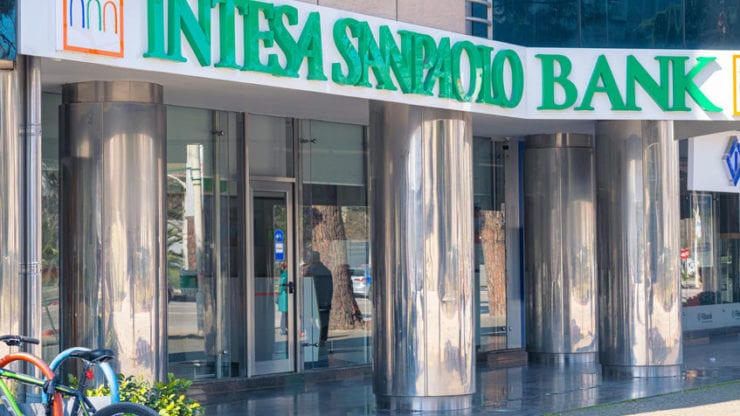 Italy’s Intesa Sanpaolo (BIT: ISP) is seeking to take over its smaller domestic competitor, UBI Banca (BIT: UBI). As per a report by a local newspaper on Tuesday, Italy’s antitrust regulator said that it requires broader concessions than initially envisioned to give its approval for the takeover deal. Intesa-UBI deal received a nod from the European Central Bank (ECB) last week.

Shares of Intesa Sanpaolo posted an intraday decline of 2.5% on Tuesday. At £1.53 per share, the Italian banking group is roughly 25% down year to date in the stock market after recovering from a low of £1.99 per share in the first week of April. Intesa Sanpaolo currently has a market capitalisation of £26.92 billion and a price to earnings ratio of 6.92.

In a report of its initial investigation, as per Il Messaggero, the regulator highlighted that a potential merger between the two banking groups could further boost Intesa’s positions in several markets that it already dominates. Here’s why Intesa is the European Union’s most prized bank.

Intesa Sanpaolo and UBI Banca refused to comment any further on the news on Tuesday. The competition authority is also yet to make an official statement.

In a bid to gain the regulator’s approval for the takeover deal, Intesa had previously agreed that the merged company will sell £17.85 billion worth of assets and 400-500 of its branches to BPER Banca. The proposition was aimed at addressing the watchdog’s concerns regarding fair competition.

The antitrust body, however, refused to accept such a proposition as it did not specify the branches that will be put on sale and their locations. The watchdog also expressed uncertainties that the banking group might fail to implement the proposed sale.

Il Messaggero also quoted the watchdog as having said in its report:

“The deal with BPER does not solve issues in areas other than the north-western provinces where post-merger market shares are certainly significant, namely the Marche, Calabria, and Abruzzo regions.”

Shares of UBI Banca were reported a little less than 5% down on Tuesday. At £2.56 per share, the Italian banking group is roughly 2.5% down year to date in the stock market after recovering from a low of £1.97 per share in mid-March. At the time of writing, UBI Banca is valued at £2.93 billion and has a price to earnings ratio of 12.38.