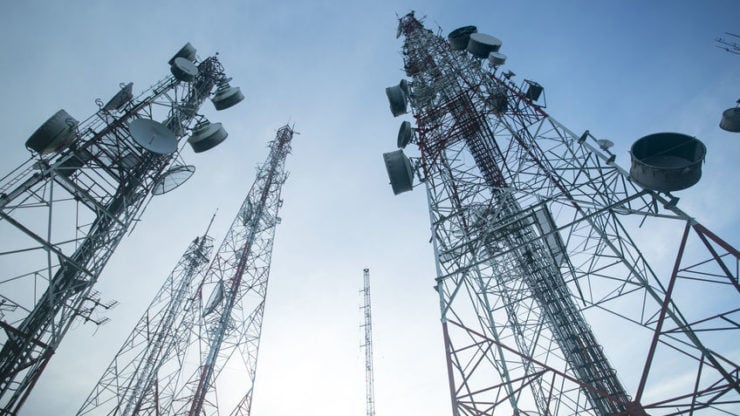 Telefonica Deutschland, the daughter company of the Spanish telecom giant Telefonica, reached an agreement to sell 10,1000 phone masts, a structure with devices for sending and receiving mobile phone signals, to Telxius for around $1.7 billion.

Telxius is an infrastructure company controlled by Telefonica itself (50,01%), private equity firm KKR (40%) and investment fund Pontegadea (9.99%), which is owned by Zara’s owner Amancio Ortega. With this deal, Telxius will increase its portfolio to around 32,800 towers, with around 80% of the total number of towers being located in Europe.

On the other hand, this deal helps Telefonica to reduce net debt by approximately 500 million euros between 2020 and 2021. Last month, the CEO of Telefonica Deutschland said that interest in the company’s towers is high and the selling price is likely to justify sales.

It is estimated that Telefonica now owns around 40,000 phone masts. Towers have been popular among investors in recent years because they generate high revenue.

Last month, Invezz reported that the EU’s General Court unblocked the sale of the UK’s O2 (owned by Telefonica) to Three UK for $12.6 billion.

Following the last month’s news that O2 can finally be sold to Three UK, shares of Telefonica surged higher to trade above the 4.30 mark. This move helped the price to break the symmetrical triangle and trade at higher levels.

Ultimately, Telefonica stock price gained nearly 20% in the next few days to hit the fresh 3-month high above 5.00. With this move, the buyers managed to secure a weekly close above 4.80, which is an important horizontal resistance. Their goal is to consolidate gains by staying above this area and then attack the next target – the 200-DMA at 5.80.

Shares of Telefonica are trading near the multi-month highs after gaining in six consecutive daily sessions. In the meantime, Telefonica Deutschland agreed to sell 10,1000 phone masts to Telxius, which is also controlled by Telefonica, for around $1.7 billion.