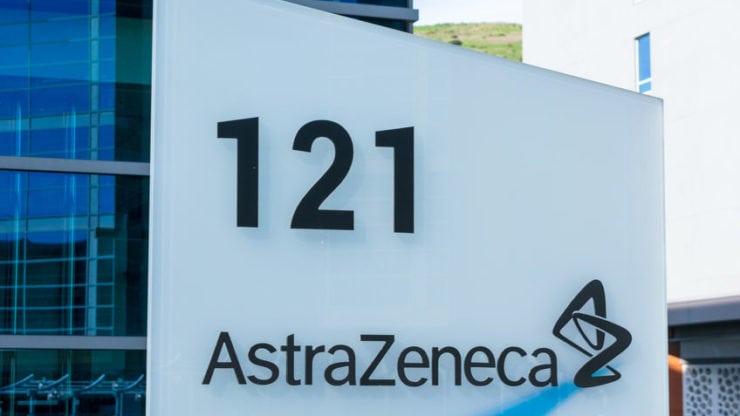 In an announcement on Tuesday, AstraZeneca (LON: AZN) revealed that the U.S. Biomedical Advanced Research and Development Authority (BARDA) funded £18.60 million to help the drug manufacturer ramp up production of its experimental COVID-19 vaccine. Oxford Biomedical also recently partnered with VMIC to speed up the production of AstraZeneca’s vaccine.

Shares of the company are currently 1% up on Wednesday. At £83.21 per share, the most valuable London-listed company is about 10% up year to date in the stock market after recovering from a low of £62.21 per share in March. It is valued at £109.15 billion and has a price to earnings ratio of 103.05.

The U.S. government agency is collaborating with the Defense Advanced Research Projects Agency (DARPA) to support the development of AstraZeneca’s candidate monoclonal antibody treatment as a potential cure for the novel respiratory disease. AstraZeneca also said on Tuesday that it has given up the idea of merging with the U.S. Gilead Sciences.

BARDA marks the second U.S. funding for AstraZeneca. In the next two months, this funding will help the British-Swedish multinational pharmaceutical company to take two of its antibody-based potential treatments of COVID-19 into clinical studies.

The U.S. has so far locked 300 million doses of AZD 1222 (AstraZeneca’s candidate COVID-19 vaccine). In a statement last month, the U.S. Defence Secretary Mark Esper expressed confidence that several parts of the government including the U.S. military will partner with the private sector and help scale-up the production of the vaccine by the end of 2020.

AstraZeneca currently holds a license for 6 monoclonal antibody treatments for COVID-19 from Vanderbilt University. A combination approach comprising two of these proteins, the company added, will be tested for COVID-19.

GlaxoSmithKline begins testing Otilimab as a potential cure for COVID-19

In separate news, GlaxoSmithKline (LON: GSK) announced on Tuesday that it began human trials of its rheumatoid arthritis drug as a potential cure for COVID-19 in the United States. At a later stage, the British drug manufacturer said, it will expand its trial to other countries, including the U.K., Spain, Italy, Africa, and South America.

GSK revealed plans of starting a human trial of Otilimab in May, that it found to be effective in relieving the effect of the novel Coronavirus on lungs. The drug, however, can’t suppress the virus directly.

The pharmaceutical company declined roughly 1% in premarket trading on Wednesday. At 1,652 pence per share, GSK is currently more than 10% down year to date in the stock market after recovering from a low of 1,374 pence per share in March.