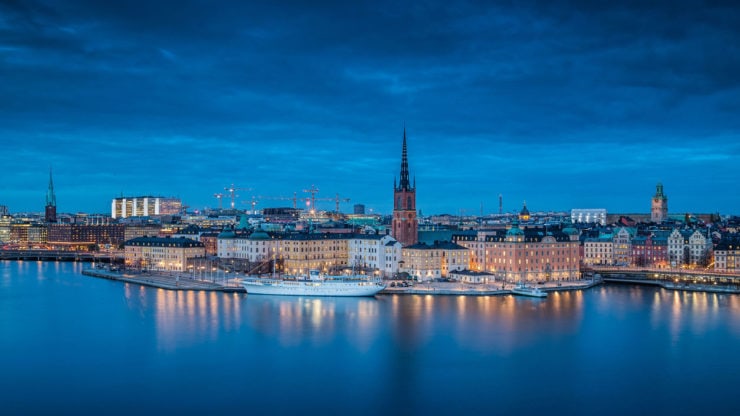 The USD/SEK pair bounced back, buoyed by a strong US dollar. The pair is trading at 9.2215, which is a significantly higher than this week’s low of 9.1300. Investors ignored the better-than-expected Swedish inflation data.

Sweden avoided a deflation in May as the country started to reopen its economy. Swedish headline Consumer Price Index (CPI) rose to 0% from the previous contraction of -0.4% on a year on year basis. The CPI rose by 0.6% from April to the end of May.

Meanwhile, CPI at constant interest rate rose to 0.0% from the previous decline of 0.4% and by 0.6% on a month on month basis.

The improvement in inflation came in a month when more businesses reopened, and more people started buying products and services.

According to the statistics office, prices in recreation, culture, clothing, and restaurant recovered after sinking in the previous month. Clothing, in particular, was the best-performing category, rising by 3%.

It was followed by electricity, transport, recreation, and restaurants and hotels, whose prices increased by more than 1%. Meanwhile, the prices of food and non-alcoholic beverages rose by just 0.4%.

The bureau lamented about the impacts of the coronavirus on consumer spending. For example, it cited a lack of consumption in several industries like packaged holidays, international flights, and admission targets. The office said:

“The increase in the inflation rate is mainly explained by price returns from low levels in April in several product groups. The change on a monthly basis between April and May was 0.6 percent.”

Sweden is not the only country seeing an uptick in inflation. Data released by the US statistics bureau showed that headline consumer prices rose by 0.1% in May, while in China, they rose by more than 2.4%. While all these numbers are weak, they signal that the world is slowly staging a recovery.

USD/SEK rises due to dollar strength

The main reason why the USD/SEK pair has risen is the surge in the US dollar after the Fed interest rate decisionyesterday. As was widely expected, the bank left interest rates unchanged at the range of 0.0% and 0.25%. It also left the open-ended quantitative easing program intact.

Most importantly, Jerome Powell sounded relatively dovish about the US economy. He now expects the US to have an unemployment rate of about 5.5% in 2022, far higher than the pre-coronavirus rate of 3.5%. He also expects the core consumer price index to be at 1.7% in this period, which is significantly below the 2.0% target. As such, the Fed expects to leave interest rates at the current level until at least 2022. In a statement to FT, Tim Duy of Oregon University said:

“Back then, the Fed quickly talked about reversing the balance sheet, they talked about normalising interest rates, they really sent signals that it was going to be a short-term phenomenon, which led to tighter financial conditions and slowed the recovery. Powell is not going to make that same mistake.”

The US dollar index, which tracks the performance of the USD against a basket of other currencies, rose by more than 30 basis points. That is because investors still believe in dollar supremacy when the world is going through a significant slowdown.

The USD/SEK index is trading at 9.2048, which is a few pips above the lowest level since March last year. On the daily chart, the price is below the 50-day and 100-day exponential moving averages. What’s interesting is that the pair has formed a bearish pennant pattern as shown above. This means that the pair will ultimately breakout south as bears attempt to move below 9.100.