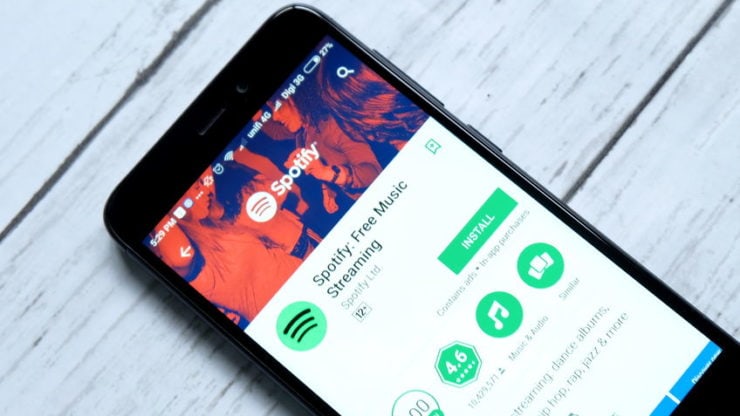 Shares of Spotify (NYSE: SPOT) have exploded 15% higher today on two megadeals that music streaming and media services provider signed with Kim Kardashian West, as well as with Warner Bros. and DC Entertainment.

Spotify, the Swedish music streaming and media services provider, has secured a deal for Kim Kardashian West to star in the new exclusive podcast on criminal justice. Moreover, the company entered into a partnership with Warner Bros. and DC Entertainment to produce and distribute an original slate of narrative scripted podcasts.

“As we continue to see explosive growth in podcasting around the world, we are thrilled to partner with Warner Bros. to build this slate of programming drawn from the worlds of DC and WB,” Dawn Ostroff, Spotify’s chief content and advertising business officer, said in a statement.

The deal with Warner Bros and DC will put Spotify in a driver’s seat for the new original podcasts, centered around superheroes such as Superman, Batman, Wonder Woman, Harley Quinn and the Joker.

With this deal, Spotify has continued its aggressive strategy of signing big names to its podcast lineup. The new podcast series starring Kim Kardashian West will center around a case involving criminal-justice reform. Kardashian West and TV producer Lori Rothschild Ansaldi will co-star the podcast.

Spotify hosts over 1 million podcasts. The company sees the podcast sector as a viable opportunity to grow its business as the first quarter of 2020 witnessed around 19% of monthly active users listening to podcast content.

Last month, Invezz reported that Spotify signed a contract with the podcast star Joe Rogan to exclusively broadcast his “The Joe Rogan Experience” podcast on its network.

Following today’s surge of nearly 15%, Spotify stock price burst through the $200 mark to record a new all-time high of $229.54. Shares of the Swedish giant now trade around 25% higher in June, further adding to April and May gains.

The buyers are now facing a resistance at the current levels around the $225 mark. This area represents a 127.2% Fibonacci extension – an important resistance – and it will likely facilitate a pull back. However, any pullback to the previous record high near the $200 handle will be seen as an opportunity to buy shares of Spotify.