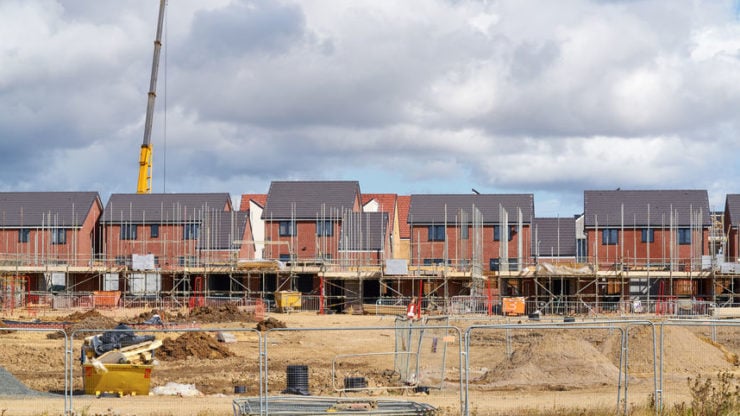 Taylor Wimpey (LON: TW) launched a discounted share sale on Thursday that raised a total of £522 million for the British homebuilder. The company had originally planned on raising £500 million via the stock issue. The upsized share sale represented roughly 11% of the company’s existing share capital.

Shares of the company are currently exchanging hands at 143 pence per share that marks a more than 25% year to date decline in the stock market after recovering from a low of 101 pence per share in the first week of April. Learn more about how to choose winning stocks.

The UK’s 3rd largest housebuilding company sold 355 million new ordinary shares in total at a per-share price of 145 pence. The placing price translates to an about 4% discount on its closing price on Wednesday. Taylor Wimpey said in early June that the UK housing market is starting to show early signs of recovery.

According to Taylor Wimpey, the raised funds will help the company to pursue near-term opportunities for land acquisition as the Coronavirus pandemic, that has so far infected a little under 300,000 people in the United Kingdom and caused more than 42,000 deaths, has significantly weighed on the land-market value.

The High Wycombe-headquartered company also said on Thursday that it sold an additional 4.9 million ordinary shares as part of its retail offer at the same price. Its directors also subscribed to a total of 324,823 ordinary shares.

At the time of writing, Taylor Wimpey has a market cap of £4.71 billion and a price to earnings ratio of 6.98.

In separate news, Ted Baker (LON: TED) also announced to have raised new equity worth £105 million on Thursday. The struggling fashion retailer has been committed to minimising costs and expanding focus on digital sales to survive the ongoing health crisis.

Following an annual loss of £80 million, the company had announced at the start of June that it is considering a stock issue that will place 126.7 million shares on sale at a per-piece price of 75 pence. The placing price represented an over 50% discount on the price at which it closed the regular session in the stock market on 29th May.

At 113 pence per share, the £50.59 million fashion retailer is currently about 70% down year to date in the stock market after recovering from a low of 81 pence per share in early April.