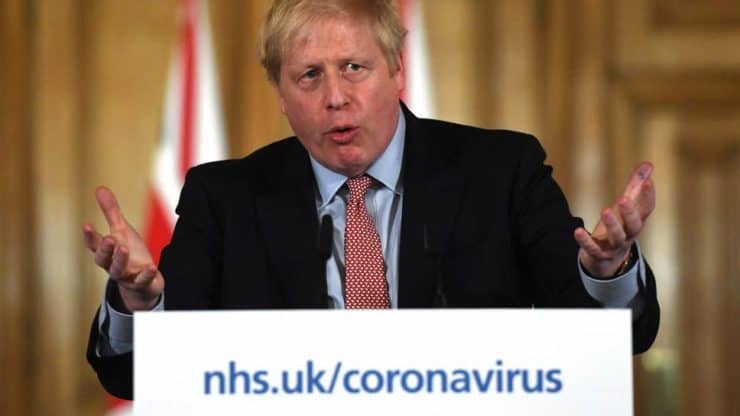 GBP/USD has broken below the critical short-term support around $1.25 this week as the sellers take control of the price action. It was revealed this week that the UK Government borrowed a record £55 billion in May due to the coronavirus crisis, which makes the public debt bigger than the national economy for the first time since 1963.

“The best way to restore our public finances to a more sustainable footing is to safely reopen our economy so people can return to work. We’ve set out our plan to do this in a gradual and safe fashion, including reopening high streets across the country this week, as we kickstart our economic recovery,” Chancellor Rishi Sunak said.

The public debt has now surged to £1.95 trillion, or 100.9% of the GDP, exceeding the size of the national economy for the first time since 1963. The Government borrowed £103.7 billion in April and May, according to the estimates from the Office of National Statistics (ONS).

If Johnson’s cabinet continues to increase the public debt at this pace, the ONS estimates that the annual borrowing for the 2020-21 financial year could end at £298 billion.

“UK public sector finances for May show how heavy the cost of the pandemic has been in the first two months of the fiscal year,” said Kit Juckes, chief global FX strategist at Societe Generale.

GBP/USD closed the week 1.5% lower, despite showing a promising performance on Monday. More importantly, the price action closed below the critical support around $1.25, which consists of multiple supporting levels on a daily chart.

“Sterling sold off before and after yesterday’s BOE announcement and, judging by the questions we received on it during the afternoon, we weren’t alone in being surprised at the extent of the sell-off,” JPMorgan’s analysts said.

“Ourselves, we saw mainly real money buying on the way down but clearly there was a flow-driven element to the move; the BOE decision itself provided little explanation”.

The buyers may force the price action higher to retest the broken support around $1.25, however, the bias for the next week is clearly tilted to the downside. Looking lower, the short-term support is located around the $1.2270 handle.

GBP/USD closed the week 1.5% lower after sellers forced a break of the critical short-term support near $1.25. In the meantime, the new figures from the ONS show that public debt has exceeded the size of the UK’s economy for the first time since 1963.