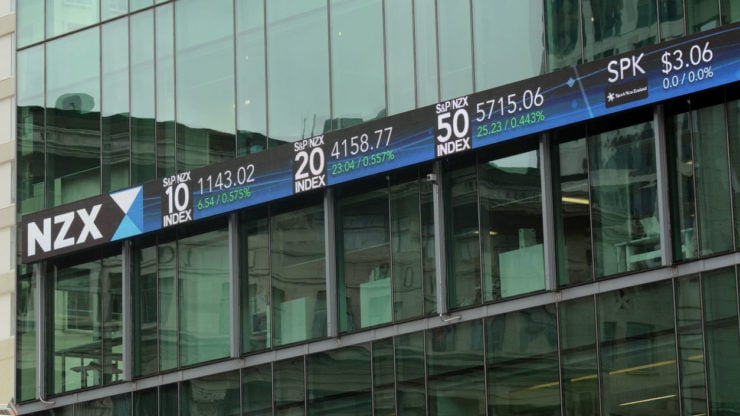 The NZD/USD pair rose by more than 1.25% as investors waited for the Reserve Bank of New Zealand (RBNZ) interest rate decision. The pair is trading at 0.6483, which is higher than the day’s open of 0.6383.

The RBNZ will become the fifth main central banks to deliver interest rate decision since last week. Other banks that delivered their decisions were the Bank of England (BOE), Bank of Japan (BOJ), Norges Bank, and Swiss National Bank (SNB).

Analysts polled by Reuters expect that the bank will leave the interest rate unchanged at 0.25%. They also expect the bank, unlike the BOE and BOJ, to leave the target for the quantitative easing program at N$60 billion.

In the previous meeting, the RBNZ announced that rates would remain at these lows at least until 2021.

Some analysts polled by Reuters expect the central bank to bring the rates down to zero while others see rates moving negative next year.

Tomorrow’s interest rate decision will be the bank’s first since New Zealand declared victory over coronavirus. In a statement three weeks ago, Jacinda Arden said that the country was free from the virus. It has not reported any case in more than four weeks, and those who were infected have healed.

The country achieved this by announcing a nationwide lockdown that was enforced by the police and conducting large scale testing earlier on.

As a result of the coronavirus response, the NZD/USD pair has been among the best-performing pairs in the previous weeks. It has jumped by more than 6% in the past month alone as investors bet on the country’s growth.

Recent economic numbers have shown that New Zealand is making progress. Earlier today, data from the central bank showed that credit card transactions dropped by 21.1% in May. This was significantly better than the previous month’s decline of almost 50%. Another data released early this month showed that electronic card retail sales jumped by 78.9% in May after falling by 47.5% in the previous month.

At the same time, the country’s predominantly agriculture-based economy is less likely to see weak overseas demand. The country’s biggest exports are milk powder, meat, logs, and fruit. Indeed, New Zealand could benefit from the recent decision by China to ban meat imports from the US. China is its second-biggest trading partner after Australia.

Still, the RBNZ interest rate decision comes at a time when New Zealand is facing its slowest growth on record. In a recent release, the statistics office showed that the New Zealand economy contracted by 1.6% first quarter. That was the worst contraction in 29 years. In a statement, analysts at ING said:

“But given the volatility of the New Zealand dollar in recent weeks, Governor Orr may wish to convey the impression at that meeting that all options remain open to the RBNZ, in order to keep the NZD from appreciating too much.”

On the daily chart, the NZD/USD pair has bounced back from the day’s low of 0.6382 to the current 0.6490. This price is above the 50-day and 100-day exponential moving averages. And the RSI has moved from the overbought level of 78 to the current 63.

Also, the pair seems to be forming a bullish pennant pattern, which means that it could continue rising ahead and after the RBNZ interest rate decision. If it does, bulls are likely to eye for the previous resistance at 0.6600. On the flip side, a dovish RBNZ could see the pair test the 50% retracement at 0.6210.