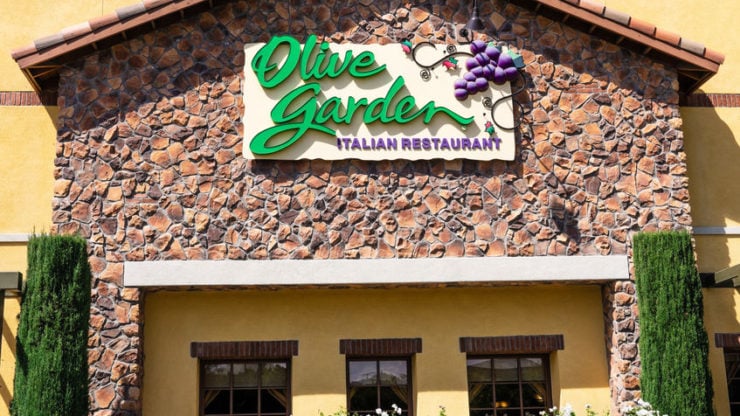 Darden Restaurants (NYSE: DRI) released its quarterly financial results on Thursday that posted an almost 50% decline in same-store sales in the fiscal fourth quarter. The company attributed the decline to the Coronavirus pandemic that pushed its dining rooms into temporarily shutting down in recent months. Darden slashed executive pay to shore up finances in April.

Shares of the company were reported about 2.2% up in premarket trading on Thursday. At £55.92 per share, Darden is more than 35% down year to date in the stock market after recovering from a low of 27.49 per share in March.

According to Refinitiv, analysts had forecast the company to print £1.02 billion in revenue in the quarter that ended on 31st May. In terms of loss per share (LPS), they had expected £1.33. In its report on Thursday, Darden Restaurants matched the estimate for revenue posting £1.02 million in Q4 but topped the estimate for LPS recording a much narrower £1.0 of adjusted loss per share.

At £386 million, Darden’s net loss from operations came in significantly higher as compared to £167.93 million of earnings in the same quarter last year. The restaurant operator booked an £87.55 million of trademark impairment charge and £128.74 million of goodwill impairment charge in the recent quarter.

Inclusive of all brands, Darden’s comparable-store sales came in 47.7% lower on a year over year basis on Thursday while its net sales marked a 43% decline. The restaurant company reinstated the salaries of its executives in the first week of June.

Olive Garden, that represents over 50% of Darden’s revenue, reported a massive 39.2% decline in same-store sales in the fourth quarter. The Orlando-headquartered company’s fine dining segments, including Eddie V’s and the Capital Grille, saw an even broader decline of 63.1% in comparable-store sales in Q4.

For fiscal 2021, the restaurant company is now anticipating its EBITDA at a minimum of £60.35 million. As of Monday, Darden boasted more than £603.49 million in cash and another £603.49 million of credit facility.

The company also confirmed that 91% of its locations have reopened dining rooms for the public with limited capacity. It also expressed confidence in its positive operating cash flow.  Learn more about cash flow statements.

Darden Restaurants performed slightly upbeat in the stock market last year with an annual gain of roughly 10%. At the time of writing, the U.S. restaurant operator has a market cap of £7.40 billion and a price to earnings ratio of 13.81.