Home » World » Europe » Sanofi to layoff up to 1,680 workers in Europe to minimise costs and boost profits

Sanofi to layoff up to 1,680 workers in Europe to minimise costs and boost profits 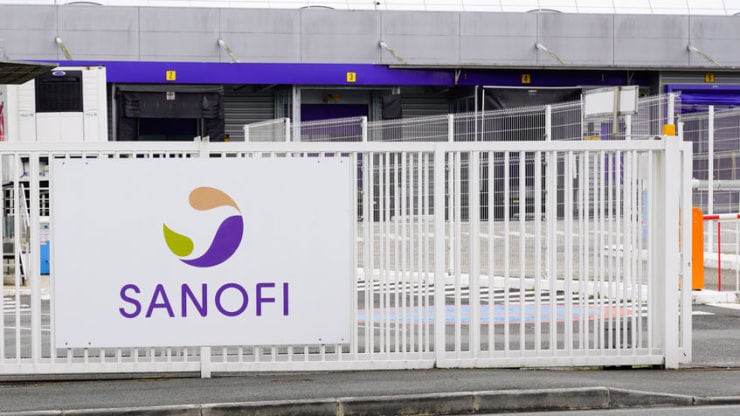 Sanofi (EPA: SAN) said on Friday that it plans on cutting up to 1,680 jobs in a bit to minimise costs and boost profits. The layoff, it added, will only affect its employees in Europe. The French drugmaker has a global workforce of over 100,000 people.

Shares of the company closed more than 1% down on Friday. At £82.83 per share, the company is roughly 1% up year to date in the stock market after recovering from a low of £65.50 per share in March. At the time of writing, the pharmaceutical company has a market capitalisation of £104.21 billion and a price to earnings ratio of 34.20.

CEO Paul Hudson of Sanofi had outlined a broader strategy in December that targets £1.82 billion in savings for the company by 2022. The job cut, Sanofi said, is a part of Hudson’s strategy. The drugmaker reported upbeat sales and profit in Q1.

Sanofi’s spokeswoman also highlighted on Friday that the layoff that is planned for the next three years is primarily targeted at blue-collar jobs. As per a source, Sanofi will layoff roughly 1,000 workers in France. The pharmaceutical company has a workforce of 25,000 employees in its home country.

Sources also confirmed that Sanofi is unlikely to shut down any of its plants. Activity at a few of its research centres in the cardiovascular and diabetes space, however, will cease. Sanofi acknowledged to have lost ground and expressed plans of quitting the two research sectors last year.

The drug manufacturer said it will focus on expanding its footprint in cancer research and other areas where it has a better prospect of winning a leading position. It also announced plans of making an investment of about £2.03 billion to buy Synthorx (U.S. biotechnology firm). The company completed the acquisition in January 2020.

The Paris-based company highlighted in a recent internal document that it will commit to improving efficiency via IT outsourcing and digitalisation. Sanofi is also contributing actively to the global battle against COVID-19. The company is working on two different vaccines to cure the novel respiratory disease, one with U.S. Translate Bio and another with British GlaxoSmithKline.

In an announcement last week, Sanofi said it will invest £555 million to turn two French sites into a hub that will focus entirely on vaccine research, development, and production. At one of these identified locations, the drugmaker hopes to create about 200 new jobs.

Mr. Khan specialises in Public Health by academia but is a trader by passion. Taking up two new hobbies of writing and trading in his teen years, he is now a professional trader and news writer with over 5 years of experience in various financial markets. Khan is passionate about bringing insightful articles to his readers and hopes to add value to their portfolios.
Related news
Bank of America publishes stronger than expected earnings report for the second quarter
16th July, 11:41
Experian posts a smaller than expected decline in revenue in the fiscal first quarter
16th July, 10:44
Hays reports a 34% decline in net fees as COVID-19 halts new hiring in the fourth quarter
16th July, 10:08
How The Best Businessmen Have Dealt With COVID-19
16th July, 08:54
BNY Mellon reports a 2% year over year increase in revenue in the fiscal second quarter
15th July, 18:49
Related market data
Invezz uses cookies to provide you with a great user experience. By using Invezz, you accept our privacy policy.