All eyes on Merkel and Macron as EUR/USD price struggles 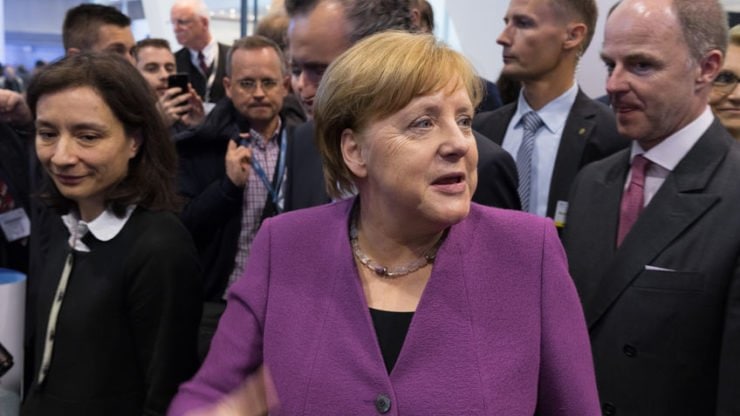 EUR/USD price has been struggling to close the week high in the past 3 weeks, signalling a pullback may take place soon. Fundamentally, investors are awaiting the outcome of the Macron – Merkel meeting, scheduled for tomorrow, on European economic recovery plan.

The office of the French president confirmed that a meeting between President Emmanuel Macron and German Chancellor Angela Merkel will take place in Germany tomorrow. The main agenda point is discussing a new European economic recovery plan.

Investors will be focused on the outcome of the meeting as two major European countries have the biggest say on the shape of the economic recovery. The idea of mutualisation of EU debt – where richer EU countries should be responsible for the debts and defaults of poorer ones – is not really supported by official Berlin.

“We need an emergency recovery fund to stimulate the recovery. We believe this should consist of loans, without any mutualisation of debts,” Mark Rutte, the Dutch Prime Minister said.

Moreover, Merkel doesn’t support the idea of “coronabonds” – joint debt for which all EU countries would be equally liable. Hence, her showdown with the French counterpart will draw a lot of attention.

“We say a clear Yes to corona emergency aid, but what we reject is a debt union through the back door,” Sebastian Kurz, Austrian chancellor said.

Earlier, Merkel set a deadline – end of July – for the EU member states to reach an agreement on a recovery plan worth €750 billion. To learn more about quantitative easing (QE), click here.

“The starting position is far from easy but I hope that all member states will act in a spirit of compromise in the face of this unprecedented situation,” Merkel said.

EUR/USD closed the week in the green, although the sellers failed to close near the high for the third consecutive week. Moreover, the price action touched the 200-WMA and got rejected for the fourth time in June.

Although EUR/USD closed above the 100-WMA, repetitive failures to close higher will most likely result in a deeper pullback. There’s an old saying “if it can’t go up, it can go down” and this may be the short-term scenario for EUR/USD.

EUR/USD price failed to close near the weekly highs for the fourth consecutive week. While investors are waiting for the outcome of the Merkel – Macron meeting tomorrow, the sellers seem to be better positioned to take advantage of the recent market moves.