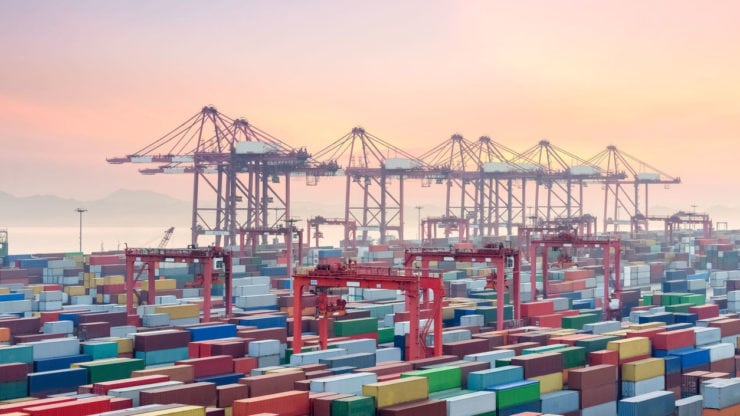 The Australian dollar and Chinese yuan will be in the spotlight when the markets open later today. The AUD/USD and USD/CNY pair will react to the latest industrial profits data from China and the rising coronavirus cases in Australia.

The Chinese industrial sector made a modest recovery in May, according to the latest numbers from the statistics office. The data showed that profits bounced back by 6 per cent to $82 billion after falling by 4.3% in the previous month. That was the first time the profits have increased since November last year.

Profits in the sector declined by near 20 per cent to 1.2 trillion yuan in the first five months of the year. State-owned enterprises, which account for a significant part of the economy declined by 39 per cent.

The bureau attributed the jump in profits to lower cost and higher profits in the refining and steel industries.

These numbers came a few weeks after the office released worse-than-expected exports numbers. The data showed that exports fell by more than 3.3 per cent after gaining by 3.5 per cent in the previous month. The numbers were better than what analysts were expecting.

At the same time, tensions between the country and the US have been rising. The US has accused China of letting the virus spread when it noticed it last year. The Trump administration has also increased pressure on Western countries to boycott Huawei, the technology giant.

The AUD/USD will react to Chinese industrial profits because of the importance of the world’s second-biggest economy to Australia. Australia exports more than 50% of its goods to China. China, on the other hand, is the biggest buyer of Australian services.

Meanwhile, traders will react to the rising number of coronavirus cases in Australia. According to health officials, the number of cases in the country, especially in Victoria, has started to rise. They confirmed almost 100 new cases om Saturday and Sunday, the biggest two-day gain since April.

The rise of cases puts Australia’s recovery at risk at a time when the country is attempting to reopen. It also puts at risk its relationship with New Zealand, a key trading partner. The two countries were starting to reopen their borders, which is a good thing for businesses.

It also puts the Australian dollar strength at risk. The AUD/USD has gained by more than 11% in the past three months, becoming the best-performing currency in the developed nations.

Looking ahead, the AUD/USD pair will react to the important Chinese manufacturing and services PMI numbers that will come out later this week. It will also react to Australian retail sales and May trade numbers.

The AUD/USD pair ended the week at 0.6863, lower than the weekly high of 0.6870. On the daily chart, the price is above the 50-day and 100-day exponential moving averages. Also, it has formed a V-shaped recovery after bottoming at 0.5500 on March 18. The pair is also forming a bullish pennant pattern, which is shown in black. This means that the AUD/USD pair will likely breakout higher as bulla attempt to retest the previous high at 0.0.7045.