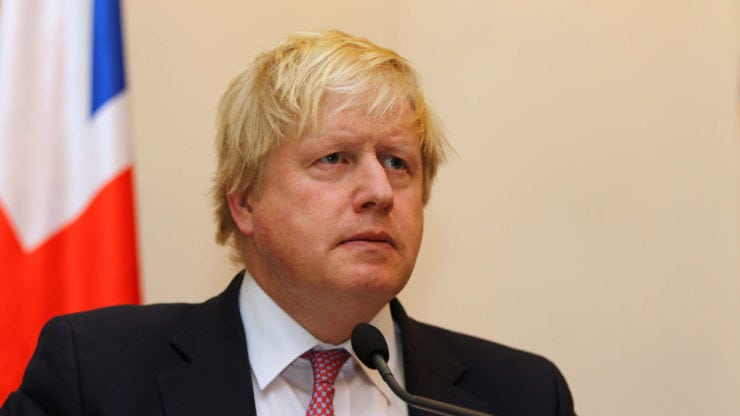 The GBP/USD pair reversed earlier gains as traders started worrying about funding for Boris Johnson’s ambitious infrastructure plan. The pair is trading at 1.2262 while the EUR/GBP pair is trading at 0.9062. The pound index, which measures sterling’s performance against a basket of currencies, is down by 0.70%.

The UK has been affected significantly by the coronavirus pandemic. According to Worldometer, the government has confirmed more than 311,000 cases and more than 43,500 deaths. This makes it one of the most affected countries in the world.

The economy too has been shaken. Many large companies like Centrica and Rolls Royce have announced massive layoff plans. This has pushed the unemployment rate higher with more than 2.8 million people out of work. Also, several well-known companies have gone out of business.

As a result, the government has launched an ambitious stimulus package. For example, it is paying wages to a substantial number of people. And now, Boris Johnson is expected to launch an ambitious infrastructure project tomorrow.

In an interview with the Mail, he committed to launch an ambitious plan to build new schools, hospitals, and roads. He said:

“We’re going to need a very committed, dynamic plan. Not just for infrastructure, not just for investment, but making sure that young people have the confidence they need that we are going to help them get into a place of work.”

Investors seem to be worried about how he plans to pay for all this spending. For one, UK public borrowing rose sharplyin May and the debt to GDP ratio has moved above 100%. Also, Fitch downgraded the UK in March, saying,

“However, in our view, given the direction of public finances reflected in the March 2020 budget, it is unlikely that reducing public deficit and debt levels will be a priority for the UK government.”

The GBP/USD pair is also reacting to the ongoing Brexit talks in Brussels. With less than a year before the UK exits the EU, analysts believe that divisions between the two sides are too wide to reach an agreement.

As we have written before, the main concerns are on fisheries, regulations, and justice system. On fishing, the UK has insisted that it wants total control over its waters. These waters account for about 50% of all fish caught by other EU members.

On trade, the country has said that it wants to regulate its own industries and have access to the EU. Meanwhile, on justice, it wants to exit the European Court of Justice. In a statement to Bloomberg, Anthony Gardner, the former US envoy to the EU said:

“It’s a dangerous game when the U.K. is convinced ‘the EU needs a deal more than we do and the Germans will ride to the rescue. We’re at the end of June, and is it doable? Yes, it is doable, but it might come down to what the ‘it’ is.”

The daily chart shows that the GBP/USD pair is in its fourth straight day of losses. The pair is trading at the lowest level since May 28. It is also below the 100-day and 50-day exponential moving averages. Also, it is slightly above the 38.2% Fibonacci retracement level. Therefore, the pair may continue falling as bears attempt to target the next support at 1.2070.