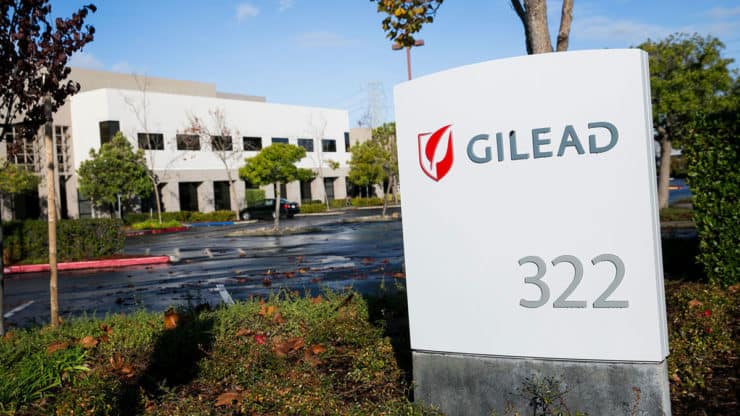 U.S. taxpayers in part financed Gilead Sciences, Inc. (NASDAQ: GILD) and the National Institute of Health’s trial of its remdesivir. So why is the company pricing its potential COVID-19 drug higher for American citizens? CEO Daniel O’Day has the answer.

Gilead’s remdesivir was approved for the treatment of COVID-19 by the U.S. Food and Drug Administration as part of an “Emergency Use Authorization” in May. The drug has shown encouraging results in clinical trials, most notably in speeding up the recovery time of severely ill patients.

Gilead will start charging for the drug in July and will sell remdesivir for $390 per vial to governments of developed countries. U.S. private insurance companies, on the other hand, will pay $520 per vial. The cost to U.S. government programs like Medicare will be lower than private insurers.

The out-of-pocket cost to individuals with insurance plans will be determined by the insurance companies themselves.

The majority of patients on remdesivir require six vials although some require 11 vials.

Why the price difference?

Gilead will charge U.S. insurance companies 30% more as it is “part of the system,” O’Day explained Monday morning on CNBC’s “Squawk Box.” Specifically, the price to the government needs to include “required and expected” discounts.

Regardless of someone’s insurance status, there “will not be an issue for access” to the potential treatment, the CEO said. The pricing doesn’t include government programs and additional Gilead assistance in mind. When factoring all this in, Gilead believes “all patients will have access.”

The international price was set at a level that is designed for the developed country with the lowest purchasing power. The rationale behind this was to avoid country by country negotiations.

Gilead is also trying to balance its moral responsibility of helping sick people have access to treatment with the financial obligations of running trials, including a new trial of an inhaled version of remdesivir that can potentially be used outside of a hospital setting.

“We are well aware of our total responsibility here in terms of our ability to both invest for access and continue to invest accordingly for the future of this medicine,” the CEO said.

The U.S. Department of Health and Human Services separately said Monday it reached an agreement to secure at least 90% of Gilead’s manufacturing supply through September. It “makes sense” for the drug to be nearly exclusively available to Americans because it is already approved for some form of use and the country has among the greatest needs.

In September and beyond, Gilead’s production would have expanded enough to the point where it can start looking beyond the U.S. and see what countries need at that time.

Jayson Derrick has been writing professionally about stocks since 2011. He is particularly interested in alternative investments, hedge funds, and activist investing. He is a big fan of NHL hockey and lives in Montreal, Canada with his wife and four year old daughter.
Related news
UnitedHealth Group says its net income more than doubled in the fiscal second quarter
15th July, 12:17
Walgreens Boots Alliance swings to a net loss of £1.35 billion in Q2 due to COVID-19
9th July, 13:25
Medtronic shows interest in acquiring smaller rival Intersect ENT
8th July, 13:10
U.S. government invests in Novavax and Regeneron Pharmaceuticals under “Operation Warp Speed”
7th July, 15:03
Beckton Dickinson receives EUA for its COVID-19 antigen test from the U.S. FDA
6th July, 13:26
Related market data
Invezz uses cookies to provide you with a great user experience. By using Invezz, you accept our privacy policy.