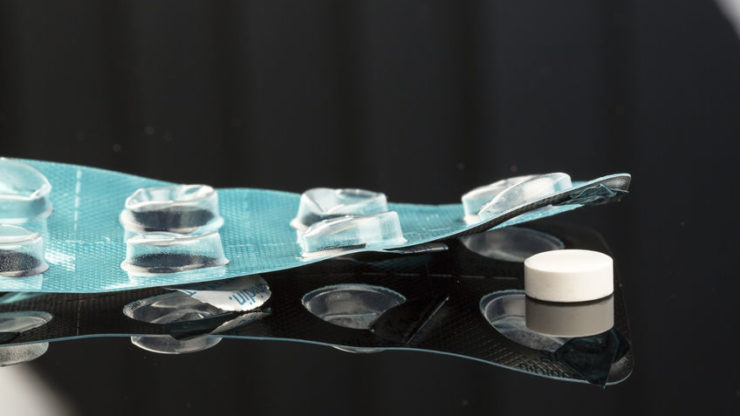 Shares of Intercept Pharmaceuticals, Inc (Nasdaq: ICPT) plunged over 40% after the U.S. Food and Drug Administration (FDA) declined to approve the firm’s therapy for liver disease. As a result, Intercept share price trades at a 7-year low.

The pharma company has submitted a New Drug Application (NDA) for obeticholic acid (OCA). This therapy is used to treat fibrosis – a chronic disease related to obesity, caused by non-alcoholic steatohepatitis (NASH).

“The Agency [FDA] has determined that the predicted benefit of OCA based on a surrogate histopathologic endpoint remains uncertain and does not sufficiently outweigh the potential risks to support accelerated approval for the treatment of patients with liver fibrosis,” said Mark Pruzanski, M.D., President and CEO of Intercept.

The FDA has requested additional data and information from Intercept, including post-interim analysis data from an ongoing late-stage trial. In response, Intercept claims that the decision has been made prematurely and “based on an apparently incomplete review”.

“On behalf of the hepatology community, we are very concerned that the Agency’s apparently still evolving expectations will make it exceedingly challenging to bring innovative therapies to NASH patients with high unmet medical need,” Pruzanski added.

The FDA is still to approve the treatment for NASH, a disease that affects around 25% of Americans.

Following the release of a statement today, Intercept stock price crashed 40% lower. The stock price hit a 7-year low, trading below the $45 mark for the first time since 2013. The sellers will now target a move to $42.

Until Friday, shares of Intercept traded in a symmetrical triangle. The price action tested the triangle’s support before the FDA decision pushed it much lower. The March low, around $47.50, is now likely to act as resistance.

Intercept stock price plunged 40% today following a decision from the U.S. Food and Drug Administration to reject its application for the approval of its chronic liver disease therapy. As a result, shares are trading at 7-year lows below the $45 mark.

Specialising in economics by academia, with a passion for financial trading, Michael Harris has been a regular contributor to Invezz. His passion has given him first hand experience of trading, while his writing means he understands the market forces and wider regulation.
Related news
3 5G stocks to benefit from Huawei’s UK exit
16th July, 11:50
Bank of America publishes stronger than expected earnings report for the second quarter
16th July, 11:41
Experian posts a smaller than expected decline in revenue in the fiscal first quarter
16th July, 10:44
Hays reports a 34% decline in net fees as COVID-19 halts new hiring in the fourth quarter
16th July, 10:08
How The World’s Best Business Leaders Have Dealt With COVID-19
16th July, 08:54
Related market data
Invezz uses cookies to provide you with a great user experience. By using Invezz, you accept our privacy policy.