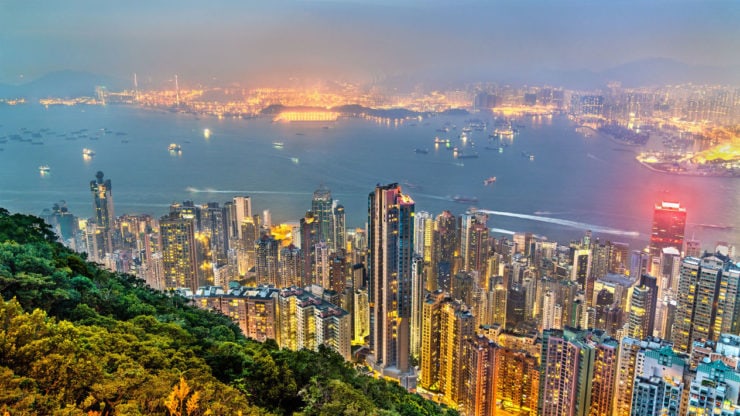 The USD/HKD pair was little changed as traders reacted to the weak trade numbers from Hong Kong. The pair is trading at 7.7500, where it has been since April this year.

Business activity worsened in May as traders reacted to the recently passed Hong Kong security law by the Chinese government. The situation was also worsened by the rising coronavirus cases in the city and in its biggest trading partners.

Exports to Asian countries declined by 4.6% in May, with the biggest declines being in the Philippines, India, and Singapore. Exports to mainland China rose by 0.3% while exports to the UK, US, and Japan declined by 38%, 30%, and 12.5%.

All export items declined in May this year. Telecommunications and sound recording items fell by 20% while non-metallic minerals fell by 34.2%.

Imports, on the other hand, declined by 12.3%, which was worse than the previous decline of 6.3%. In total, the city imported goods worth more than $331 billion leading to a trade deficit of more than $13.7 billion. As such, the city’s volume of exports and imports declined sharply, a reflection of how difficult the situation is. In the statement, the office said:

“Looking ahead, Hong Kong’s export performance will remain under pressure in the near term. The continued spread of COVID-19 in various places of the world is still a key threat to the global economy. The development of US-Mainland political and economic relations also warrants concern.”

Hong Kong has been under pressure in the past year. In 2019, business activity in the city halted as the residents started to protest a new extradition bill. That led to the city’s first recession in decades as the economy shrank by more than 1% during the year.

That decline was because the protests led to low travel to the city. As a result, the vast retail sector was affected since most foreigners stopped coming. Hotels, where most visitors go to ended up making losses. The same was true for many retailers. Indeed, according to South China Morning Post, many luxury brands like Tissot have closed most of their stores.

The situation worsened this year because of the coronavirus pandemic and the recent bill by Beijing to implement its security laws. Most analysts believe that the city will be negatively affected by the law since many businesses will be afraid of setting their operations there. Analysts expect the economy to decline by more than 4.1% this year.

“Fitch forecasts real GDP will fall by 5% in 2020, following a 1.2% decline in 2019. High frequency data spanning retail sales, visitor arrivals, airport traffic, and international trade have contracted sharply in early 2020, following declines in 2019, and are likely to remain weak through the first half of the year.”

Still, there are positives for Hong Kong, according to Credit Suisse. First, they expect the city to see large inflows from mainland China as investors seek bargains. Second, they expect the city to benefit from the ongoing skirmish between the US and China. The decision by the Trump administration to pressure exchanges on China listings will see more Chinese firms move to Hong Kong.

The USD/HKD is a unique currency because it does not move at its will because the Hong Kong dollar has been pegged to the USD for years. On the daily chart, we see that the pair is below the 100-day and 50-day EMAs. It is also at the lower range set by Hong Kong’s regulators. In the near term, the pair may remain at the current level.