Micron Technology reports a 13.6% year over year increase in revenue in the third quarter 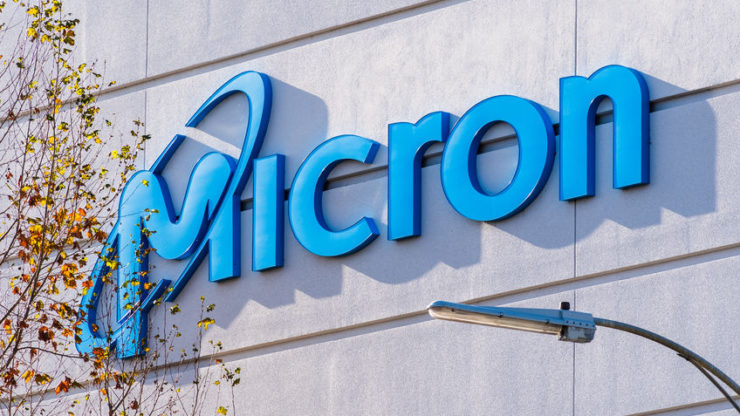 Micron Technology’s (NASDAQ: MU) outlook for revenue in the fiscal fourth quarter on Monday came in stronger than analyst’s expectations. The company attributed the hawkish guidance to its chips that are widely used in data centres and notebooks and were greatly in demand as the Coronavirus pandemic restricted students and employees to their homes in recent months. Micron won the required licenses to continue business with Huawei Technologies last year.

Shares of the company were reported 6% up in extended trading on Monday. At £42 per share, Micron Technology is currently about 10% down year to date in the stock market after recovering from a low of £28 per share in March. Learn more about how do people make money on the stock market.

Micron shifts focus from smartphones to the data centre market

The COVID-19 restrictions, Micron said, fuelled demand for data centre chips in 2020. Being one of the largest suppliers of DRAM chips, Micron profited significantly from solid-state storage drives in the recent quarter. The drive sales, as per the company, climbed to a record high in Q3. A Taiwanese court recently found engineers from United Microelectronics Corp guilty of stealing Micron secrets for China.

For H2 (second half) of fiscal 2020, Micron downgraded its outlook for consumer electronics demand including smartphones. It, however, expressed confidence in the sharply increasing demand for data centres that is already resulting in supply shortages. Micron now plans on shifting its focus from supplying flash memory and DRAM chips for smartphones to suppling chips for data centres.

The Boise-headquartered company revealed its facilities to have resumed normal operations after temporary disruptions due to COVID-19 restrictions. Micron also announced to have established an in-house team for a few of its functions related to chip assembly on Monday.

In the quarter that ended on 28th May, Micron reported £4.43 billion in revenue that translates to a 13.6% year over year increase. The company recorded 66.71 pence of adjusted earnings per share in Q3. According to Refinitiv, experts had forecast Micron to print £4.32 billion in revenue in the third quarter and 62.65 pence of EPS.

For the fourth quarter, the U.S. chipmaker now expects £4.68 billion to £5.08 billion in revenue versus the experts’ forecast of £4.46 billion.

At the time of writing, Micron Technology has a market cap of £44.47 billion and a price to earnings ratio of 24.17.