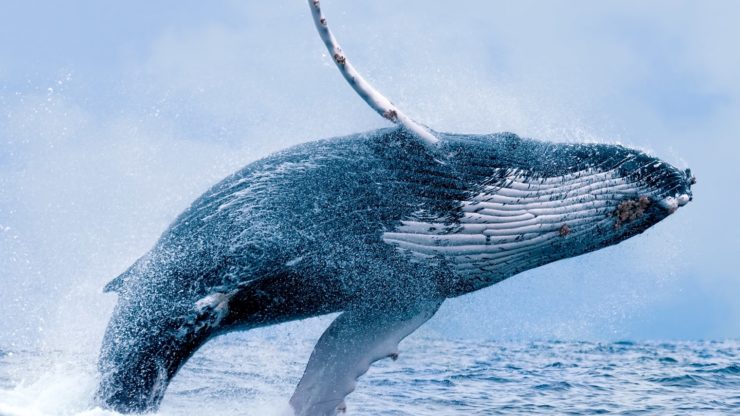 Bitcoin whales have been making waves in the crypto industry whenever they moved a larger amount of coin for years, now. Even if they simply moved their coins between wallets, with no clear intention to sell, people would often take that as a sign that something is coming.

As a result, BTC price would fall or rise, and more often than not, the shift would also impact the rest of the market.

Nearly 0.5% of all BTC was moved in a single transfer

The transaction took place only a few days ago, on June 27th, is one of the largest ones in recent history. It was reported by Bitcoin Block Bot on Twitter, and it moved over $933 million in Bitcoin, while the fee for moving such a massive amount was only $0.48 (0.00005271 BTC).

According to the Bitcoin Block Bot, the transaction was processed in block 636,503, and it involved around 101,857 BTC. The coins were then split between two different addresses, although the amount was not split into equal halves.

The amount itself is so massive that it represents nearly 0.5% of all existing Bitcoin.

As for the two addresses, one of them is an older one that has seen about 11 transactions so far. However, according to reports, it holds around 5,000 BTC. The other address seems to be a newly-created one, and it only saw a single transaction so far.

Not the first transaction of this size in 2020

Of course, the amount of this size is hard to miss, and while the wallet from which the funds came from is unknown, there was another massive transaction of roughly the same size that took place earlier this year.

Almost $1 billion in BTC was transacted back then, but the transaction fee was much higher than half a dollar. Instead, the whale paid around $80 for the money to be moved.

This is also not the first transaction that saw a movement of a huge amount for an extremely low fee. Such transactions became rather popular among the whales over the last year.

Still, the fact that no one knows who the mysterious whale is, or what the purpose of the move was, the entire crypto industry is on edge, awaiting the aftermath of the transfer.