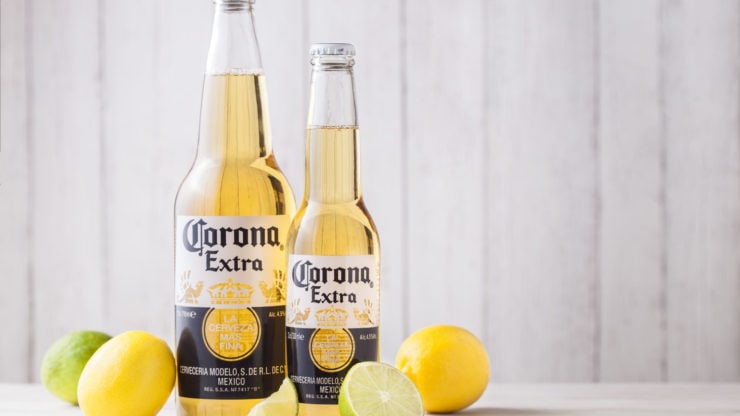 Constellation Brands Inc. (NYSE: STZ) released its quarterly financial results on Wednesday that topped analysts’ estimates for profit and sales in the first quarter. The company attributed its success to higher than expected demand for wine and spirit in the recent quarter. Beer sales, it said, were weighed in Q1.

Shares of the company were reported 2.9% up in premarket trading on Wednesday. At £150 per share, Constellation Brands is currently less than 1% down year to date in the stock market after recovering from a low of £84.61 per share in March. Learn more about how do people make money on the stock market.

In the quarter that ended on 31st May, the American beer maker said its net loss contracted to £142.48 million that translates to 75.29 pence per Class A share. In the same quarter last year, its net loss was reported at £196.54 million. Constellation Brands also made headlines on Wednesday as it announced to have bought direct-to-consumer Empathy Wines.

According to FactSet, analysts had anticipated the company to print £1.55 billion in sales in the first quarter. Their estimate for earnings per share (EPS) was capped at £1.59. In its report on Wednesday, Constellation Brands topped both estimates posting a higher £1.57 billion in sales and £1.84 of adjusted earnings per share. On a year over year basis, its sales came in 6% higher in Q1. Excluding Constellation’s losses ascribed to its investment in Ontario-based Canopy Growth Corp, it earned an even higher £1.95 per share in the recent quarter.

In terms of beer sales, the Victor-headquartered company noted £1.11 billion versus the experts’ forecast of £1.13 billion for the recent quarter. Its spirits and wine sales saw a 4% decline on a year over year basis to £463.97 million but were stronger than the analysts’ expectations of £457.08 million.

The owner of prominent brands like Corona and SVEDKA announced its beer production levels to have recovered back to normal in Mexico last month (June) after temporary disruptions in previous months due to the Coronavirus pandemic.

Constellation Brands performed fairly upbeat in the stock market last year with an annual gain of roughly 15%. At the time of writing, the largest beer import company in the United States has a market cap of £32.04 billion.