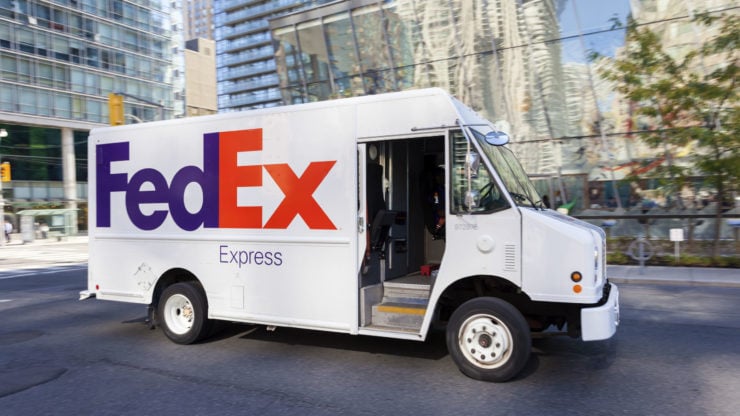 FedEx Corporation (NYSE: FDX) released its quarterly financial results on Tuesday that topped analysts’ estimates for profit and revenue in the fourth quarter. The company attributed its hawkish performance to the Coronavirus pandemic that fuelled home deliveries in the United States in recent months.

Shares of the company jumped about 9% in after-hours trading on Tuesday. At £122.91 per share, FedEx is roughly 2% down year to date in the stock market after recovering from a low of £72.93 per share in March. Learn more about the capital markets.

According to Refinitiv, experts had forecast the company to print £13.22 billion in revenue in the fourth quarter. Their estimate for profit per share was capped at £1.23. In its report on Tuesday, FedEx topped both estimates posting a higher £14.02 billion in revenue in Q4 and £2.04 of adjusted profit per share. China recently released FedEx pilot who was under investigation for nine months on charges of conspiracy to smuggle ammunition.

In the same quarter last year, the Memphis-based company had recorded an even higher £14.35 billion in revenue. Its profit also dropped by 50% on a year over year basis in Q4. FedEx cited the rising COVID-19 uncertainty for not providing its full-year earnings guidance for fiscal 2020.

FedEx said its total domestic residential volume in the United States jumped from 56% last year to 72% in the recent quarter. FedEx Ground saw a 20% year over year increase in its revenue but registered a 17% decline in terms of operating income. This unit primarily deals with e-commerce home deliveries that were on a rise in Q4 as the pandemic restricted people to their homes.

FedEx Express, on the other hand, that primarily focuses on commercial deliveries, noted a 10% decline in revenue and a massive 56% decline in operating income. FedEx executives expressed confidence on Tuesday that early signs of recovery were starting to show in business-to-business shipments. The company is now committed to minimising its residential delivery costs.

The American multinational delivery services company also performed slightly downbeat in the stock market last year with an annual decline of about 3%. At the time of writing, FedEx has a market cap of £29.52 billion and a price to earnings ratio of 8.76.