Sainsbury’s reports an 8.2% year over year increase in underlying retail sales in Q1 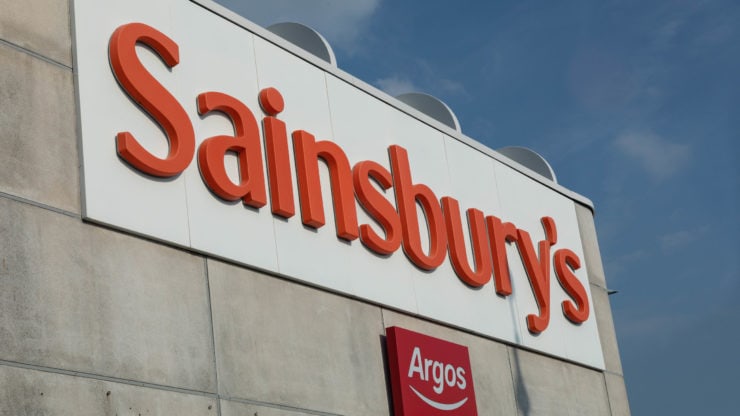 Sainsbury’s (LON: SBRY) said on Wednesday that its underlying retail sales came in 8.2% higher in the first quarter as compared to the same quarter last year. The company attributed the increase to the Coronavirus lockdown that saw customers stockpiling on essentials in recent months. Sainsbury’s is committed to reducing carbon emissions to zero by 2040.

Shares of the company opened 3% up on Wednesday but tanked 4% on market open. At 208 pence per share, Sainsbury’s is roughly 10% down year to date in the stock market after recovering from a low of 175 pence per share in March.

The 2nd largest supermarket group in the United Kingdom recently named Simon Roberts as its new CEO who took over the role on 1st June and replaced Mike Coupe. In the quarter that ended on 27th June, Sainsbury’s said, total grocery sales posted a 10.5% year over year increase attributed to warm weather and easing COVID-19 restrictions.

Despite upbeat sales, the British grocer still forecasts its annual underlying pre-tax profit to remain flat this year. The company estimates an over £500 million hit due to the ongoing pandemic but expresses confidence that better grocery sales and business rates relief will help offset the impact.

The British government resorted to a countrywide lockdown in March to minimise the fast spread of the novel flu-like virus that has so far infected more than 300,000 people in the UK and caused over 43,500 deaths. The big 4 supermarket groups were exempted from the government order that otherwise directed all non-essential stores to temporarily shut down. Consequently, Tesco, Sainsbury’s, Morrisons, and Asda, reported a significant increase in sales during the lockdown.

Sainsbury’s records an over 100% increase in digital sales

As the health crisis restricted people to their homes, Sainsbury’s said that online shopping was trending with its digital sales recording an over 100% year over year increase in the first quarter.

On the downside, however, demand for fuel and clothing remained lower in Q1. Clothing sales, as per Sainsbury’s, saw a 26.7% decline in the recent quarter. The London-headquartered company also highlighted operating costs to have risen in the first quarter across the group. Owing to COVID-19 driven loan losses, its bank is also expected to conclude the financial year in loss.