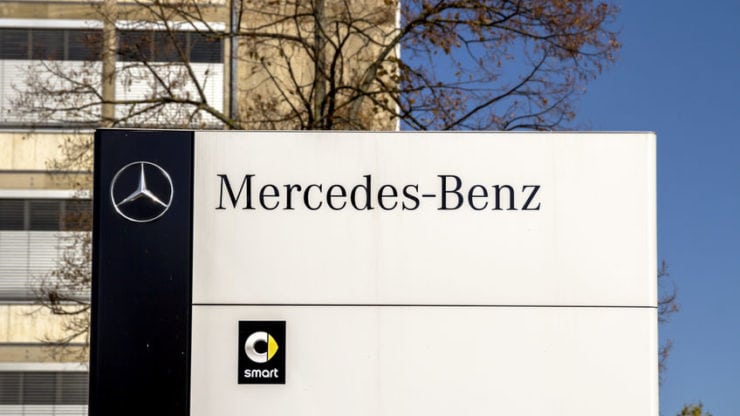 Daimler AG (ETR: DAI) said on Friday that it expects to see a multimillion-pound restructuring charge in the second quarter as it commits to streamlining its global production. As part of its effort, Daimler added, it will now seek potential buyers to offload its factory located in Hambach, France.

Shares of Daimler closed about 2.5% down on Friday. At £33 per share, the German automaker is just under 30% down year to date in the stock market after recovering from an even lower £19.70 per share.

The Mercedes-Benz owner attributed the announcement to the Coronavirus pandemic that has weighed heavily on the global auto industry. In Europe, automakers are snow struggling with overcapacity while demand for new cars continues to fall sharply.

According to Daimler, the restructuring charge is likely to be valued at hundreds of millions of pounds. The German multinational automotive corporation manufactures both combustion-engine and electric variants of Smart vehicles (two-seater) at its Hambach factory. The company made over 80,000 vehicles at the French factory in 2017.

The Stuttgart-based company also clarified on Friday that it intends to move production of its two-seater to China where it has recently partnered with Geely Automobile Holdings to manufacture Smart electric cars.

Owing to the Coronavirus pandemic that has so far infected a little under 200,000 people in Germany and caused over 9,000 deaths, CEO Ola Kallenius recently warned of aggressive pay cuts to shore up finances in the upcoming months.

Daimler to get a 3% equity stake in Farasis Energy

In separate news, Daimler also expressed plans of expanding its partnership with Gan Zhou-based Farasis Energy. The German firm said it will get a 3% equity stake in the battery cell manufacturer.

The collaboration will focus on advanced cell technologies to minimise charging times and improving vehicle range. As part of the agreement, Farasis will establish a facility in Bitterfeld-Wolfen that will be dedicated to battery cells. In exchange, Daimler Greater China will pledge a multimillion-pound investment in Farasis’ initial public offering (IPO). Learn more about the basics of an IPO.

The deal, as per Daimler, will also get it one seat on Farasis supervisory board.

Daimler performed slightly upbeat in the stock market last year with an annual gain of roughly 8%. At the time of writing, the German multinational automotive corporation has a market cap of £35.33 billion and a price to earnings ratio of 104.35.