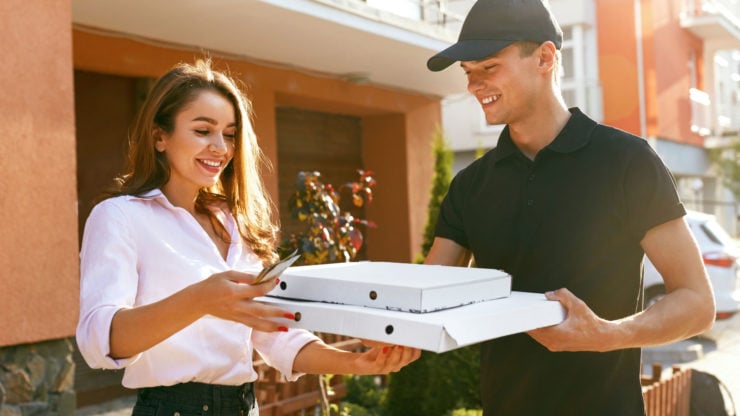 Delivery Hero (ETR: DHER) said on Friday that its orders grew by about 100% in the second quarter as the Coronavirus pandemic restricted people to their homes and fuelled a trend of ordering food online. The food delivery company operates in more than 40 countries in Asia, Europe, Latin America, and the Middle East. It also has more than 500,000 partners internationally and is headquartered in Berlin, Germany, where COVID-19 has so far infected a little under 200,000 people and caused over 9,000 deaths.

Shares of the company opened about 2% up on Friday and jumped another 4% on market open to hit a record high of £94.50 per share. The company is now a little under 50% up year to date in the stock market after recovering from a low of £50 per share in March. Learn more about how can you start trading on the stock market.

Delivery Hero records a 104% growth in orders in June

Delivery Hero booked £252.54 million worth of orders in the second quarter that marks a 94% increase as compared to £129.88 million in the same quarter last year. In June, it added, it saw an unparalleled 104% growth in orders despite several countries choosing to ease COVID-19 restrictions.

In its largest market, Asia, Delivery Hero registered an almost 300% growth in orders to £141.60 million. In Europe and the Americas, on the other hand, the online food delivery service noted a 46% and a 111% increase in orders respectively.

On the downside, the Berlin-based company announced a 6% decline in orders in the Middle East ascribed to the ongoing curfews in Jordan and Kuwait. According to Jefferies analysts, the robust growth in orders is likely to sustain in the third quarter as well.

Delivery Hero is scheduled to publish its final results on 28th July. It recently met with a data breach at one of its subsidiaries, Foodora. The incident breached personal details of 727,000 accounts from 14 different countries, including longitude and latitude coordinates. No amount of financial data, however, was leaked.

The German food delivery service debuted on the stock market in June 2017 at a per-share price of £25. Its performance was reported largely upbeat in 2019 with an annual gain of more than 125%. At the time of writing, Delivery Hero has a market cap of £18.17 billion.