General Motors vehicle sales decline by 5.3% in China between April and June 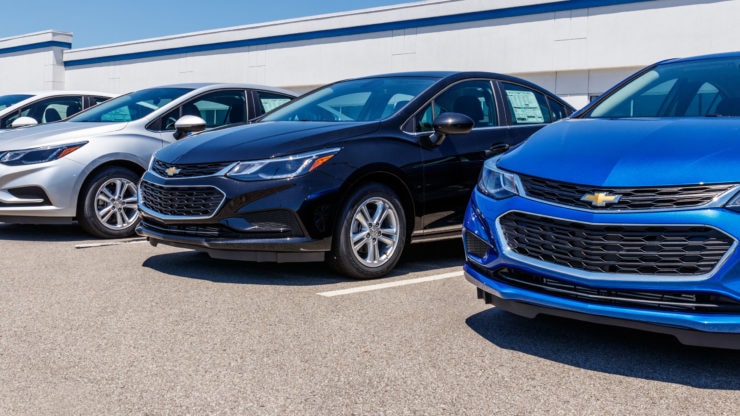 General Motors (NYSE: GM) said on Friday that its sales in China saw a 5.3% decline between April and June as compared to the same period last year. GM’s figure also came in lower than the industry average. The U.S. automaker released its first-quarter financial results in the first week of May.

At £20.31 per share, General Motors is roughly 30% down year to date in the stock market after recovering from a low of £13.49 per share in March. At the time of writing, it is valued at £29 billion and has a price to earnings ratio of 7.72. Learn more about stocks and the stock market.

CAAM estimates an 11% increase in car sales in June

According to the China Association of Automobile Manufacturers (CAAM), the overall figure that accounts for commercial and passenger vehicles in China climbed by 4.4% in April and a much broader 14.5% in May. In June, CAAM added, car sales are likely to grow by 11% in the world’s largest auto market.

Detroit-based GM is currently the 2nd largest foreign car manufacturer of China after Germany’s Volkswagen. In the second quarter, the automaker boasted 713,600 vehicle deliveries in China. In the prior quarter, GM had reported a massive 43% sales decline in the largest Asian economy due to the Coronavirus pandemic.

GM partners with SAIC Motor Corp in Shanghai to manufacture Cadillac, Chevrolet, and Buick vehicles. The two companies have another joint venture with Guangxi Automobile Group in China that focuses primarily on making no-frills minivans and have recently begun producing higher-end cars.

Nissan reports a 4.5% increase in June sales in China

In separate news, Nissan Motor (TYO: 7201) revealed a 4.5% year over year growth in its June sales in China. The company said it delivered 136,929 vehicles last month in the largest Asian economy. In May, Nissan’s sales had posted a broader 6.7% growth in China.

Nissan’s new leader Uchida Makoto is committed to reengineer the automaker that has been struggling since last year as it ousted its former CEO Carlos Ghosn on charges of financial crime. Makoto is also seeking to remodel Nissan’s global alliance with Mitsubishi and Renault.

The global auto market took a massive hit in recent months due to COVID-19 that has so far infected more than 10 million people worldwide and caused over a quarter million deaths.

Shares of the company posted a 2.5% intraday decline on Friday. At £2.95, Nissan is a little under 40% down year to date in the stock market. At the time of writing, it is valued at £12 billion.