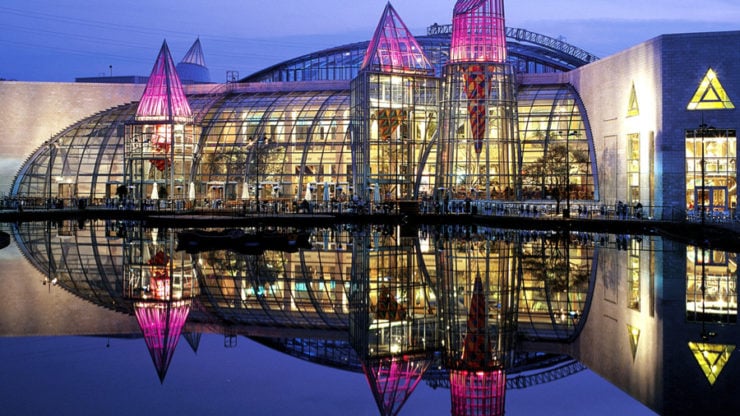 Written by:
Wajeeh Khan
3rd July, 10:48
Are you looking for fast-news, hot-tips and market analysis? Sign-up for the Invezz newsletter, today.

The United Kingdom allowed its non-essential retailers to reopen for the public in mid-June. In the two weeks following the ease of COVID-19 restrictions, Land Securities (LON: LAND) revealed on Friday that comparable sales at the British shopping centres that it owns are now only 20% down on a year over year basis. Land Securities swung to an £840 million annual pre-tax loss in fiscal 2020.

Land Securities collects 60% of net rent due on 24th June

As per the property developer, a total of £109 million rent was due on 24th June, out of which, it collected 60% as compared to 94% in the same period last year. Seeing a significant recovery in demand, Land Securities announced plans of reinstating its dividend payments. The company previously revealed only 10% of office space in use in May.

Retail property owners have been working closely with tenants in recent months to enable rent deferrals and devising alternative strategies for landlords, businesses, and shops to cushion the economic crisis from COVID-19 that has so far infected more than 300,000 people in the UK and caused over 44,000 deaths. Last week, Hammerson said it collected only 16% of Q3 rents in the UK due to COVID-19 challenges.

Land Securities had suspended dividend in April. The London-based company is scheduled to release its half-year results later this year in November, following which, it now plans on restoring dividend payments.

Land Securities has £1.2 billion in cash and available credit lines

Land Securities also highlighted on Friday that its retail parks, outlets, and shopping centres have now resumed operations after months of inactivity due to the health crisis. The mall operator now boasts £1.2 billion in cash and available credit lines.

Its Accor managed hotels, however, have not yet reopened for the general public with restrictions likely to be lifted in the upcoming three months.

Land Securities is currently more than 1.5% down on Friday. It performed fairly upbeat in the stock market last year with an annual gain of just under 20%. At the time of writing, the largest British commercial property developer has a market capitalisation of £4.32 billion.