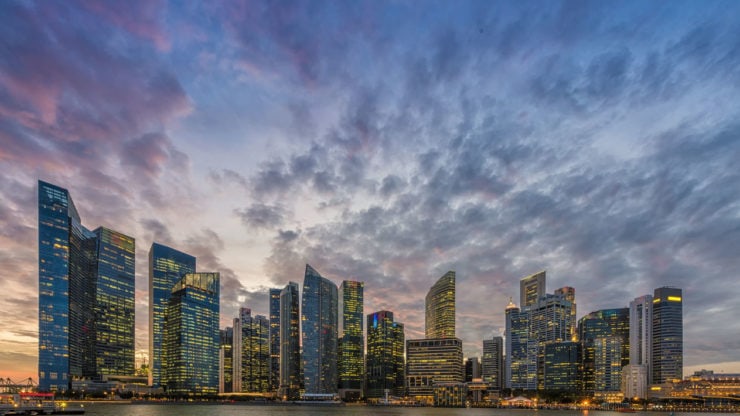 The USD/SGD rose slightly as traders reacted to the upbeat services PMI and weaker retail sales numbers from Singapore. The pair is trading at 1.3950, which is slightly higher than this week’s low of 1.3805.

The USD/SGD has been in a sharp decline since April as the world economy started to recover from the pandemic. The overall weaker US dollar and problems in Hong Kong have also contributed to the strengthening of the Singapore dollar.

Business activity has started to improve in the country as the government has eased travel restrictions. According to Markit, the services PMI rose to a four-month high of 43.2 in June, from a record low of 27.1 in May. While the sector is still in contraction, the sharp improvement implies that the economy was recovering.

Most parts of the services PMI were in the red. Export demand, overall sales performance, and employment declined modestly. But business confidence has risen to a five-month high. In a statement, Joe Hayes of Markiot said:

“That said, with both measures recording under 50.0, rates of decline have merely eased, and we’re yet to see a growth on a broad and sustainable scale. Until this is the case, a return to the levels of economic activity seen prior to the COVID-19 pandemic will be very gradual.”

Meanwhile, the retail sector saw some slight improvement in May. According to Statistics Singapore, retail sales declined by 21.5% in May after declining by 31.3% in April. The sales dropped by 52.1% from the same month a year ago. But, based on the June services PMI data and the falling coronavirus infections, there is a possibility that sales rebounded in June.

In total, the country’s retailers sold goods worth more than $1.8 billion. The online proportion of these sales was at 24.5%. Department stores had the worst month, falling by 65.4% on an MoM basis. They were followed by watches and jewellery and optical goods and books that fell by 73.2% and 47.3%.

The decline happened as activity in the country remained relatively weak. Indeed, other numbers for the month have been relatively weak. For example, manufacturing output declined by 16.5% in May while export and import prices rose by just 0.2% and 0.3% respectively. That increase was mostly because of relatively higher crude oil prices.

Another data showed that manufacturing output declined by 7.4% in May. Excluding biomedical products, the output declined by 10.4% on a year-on-year basis. The output fell by 16.5% on a MoM basis. As we reported in June, the country’s exports declined in May after three months of gains.

Meanwhile, a report by Cushman & Wakefield said that property investment sales in the country declined by 45% in the first six months of the year. In total, these investments rose to $6.13 billion from $11.2 billion in the same period a year ago. The report said:

“In the absence of a catalyst, the sluggish market sentiment is expected to continue, with volume in the second half of the year unlikely to increase significantly.”

As such, most analysts expect that Singapore will record its first recession since 1965. The latest figure show that the economy will drop by between 4% ad 7% this year.

Meanwhile, traders are focusing on the upcoming general election, which will happen on July 10.

The USD/SGD pair is trading at 1.3950. On the daily chart, the chart is below the 50-day and 100-day exponential moving averages. It is also slightly above the 61.8% Fibonacci retracement level. Most importantly, the pair is forming a bearish flag pattern that is boxed above. This means that the pair will move lower as bears attempt to test June’s low of 1.3800.