AirAsia swings to a £150.71 million loss in the first quarter as COVID-19 halts air travel 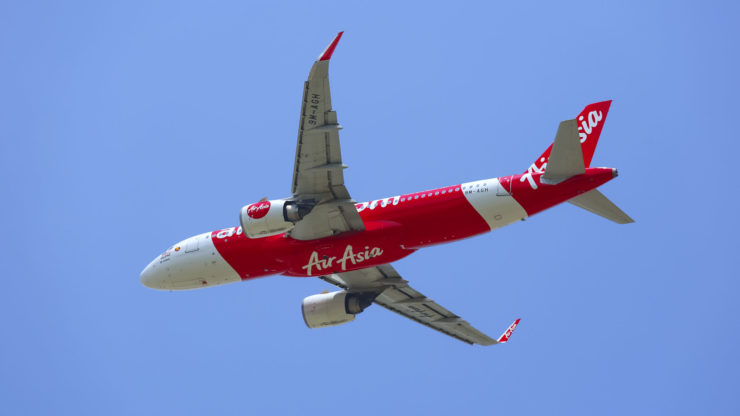 AirAsia Group (KLSE: AIRASIA) announced to have swung to a loss in the first quarter on Monday. The Malaysian budget airline attributed its loss to the ongoing Coronavirus pandemic that brought the demand for air travel to a near halt in recent months. The company also blamed losses ascribed to the fuel hedges settlement for its dovish performance. AirAsia previously slashed its staff salaries by up to 75% in April to combat the health crisis.

AirAsia reports a 15% decline in revenue in Q1

At £150.71 million, AirAsia’s net loss in the first quarter came in significantly higher than £17.95 million net profit in the same quarter last year. According to Refinitiv, the loss marks the largest for the flagship air carrier in the first quarter since it listed in 2004 on the Malaysian stock exchange.

AirAsia also highlighted a 15% year over year decline in its revenue to £430 million in Q1. The airline said it carried 9.85 million passengers in the recent quarter that translates to a 22% decline. The passenger load factor, on the other hand, dropped to 77% and cost per unit registered a 36% increase in the first quarter.

AirAsia had grounded the majority of its fleet in March as governments resorted to countrywide lockdowns that weighed heavily on demand for Air travel. In the second quarter, however, the air carrier said that early signs of recovery were evident as it started to resume domestic flights.

AirAsia is seeking payment deferrals from lenders and suppliers

In a bid to shore up finances amidst COVID-19, CEO Tony Fernandes of AirAsia said that the company is negotiating with its suppliers and lenders over payment deferrals, and have also approached banks in several countries where it operates to request financial support.

As per AirAsia, its initiatives are so far likely to translate into a 30% year over year decline in costs this year, and it is committed to expanding cost reductions in the upcoming months. Air Asia India is also expected to slash its workforce by 30% in the upcoming weeks.

AirAsia’s performance was also reported downbeat last year with an annual decline of more than 40%. At the time of writing, the Malaysian flagship low-cost air carrier is valued at £560 million.