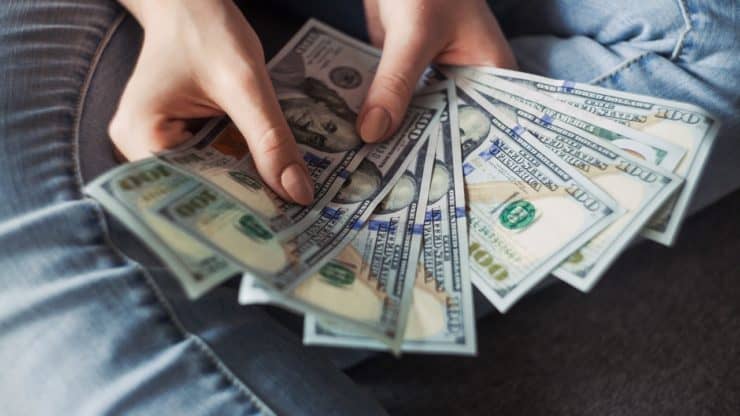 Written by:
Crispus Nyaga
7th July, 15:10
Are you looking for fast-news, hot-tips and market analysis? Sign-up for the Invezz newsletter, today.

The US dollar index (DXY) erased earlier gains as investors remained optimistic about the recovery of the global economy. The index is trading at $96.82, which is a few points below the intraday high of $97.17.

US jobs openings rose in May

The US dollar index rose earlier in the day as traders continued to worry about the rising number of coronavirus cases in the Unitec States, Hong Kong, and Australia. The biggest concern was Australia, which reinstated lockdown in some parts of Melbourne and Victoria. Most analysts believe that these cases could mean a return of more lockdowns in other countries.

Meanwhile, the index is reacting to upbeat Job Openings and Labour Turnover Survey (JOLTs) report from the Bureau of Labour Statistics. The numbers showed that the number of hires increased by 2.4 million to 6.5 million in May. That was the largest monthly ever recorded. In total, the number of job openings rose to 5.4 million, which was higher than the 4.85 million that analysts were expecting. It was also higher than the previous increase of more than 4.9 million.

According to the bureau, most of these vacancies were in the accommodation and food services industry. The sector had more than 763k jobs as the country reopened. Other big gainers were in the health care, social sciences, and construction. In June, data from the bureau showed that the economy added more than 2.5 million jobs.

Meanwhile, another data by the Financial Times and the Peterson Foundation found that most Americans are pessimistic about the US economy. Almost 40% of the respondents said that they expect the economy to be worse in the coming month. Another data by Investor’s Business Daily showed that the economic optimism index dropped from the previous 47.0 to 44 in June.

The US dollar index also rose even after upbeat economic numbers from around the world. In Canada, the Ivey PMI rose to 58.2 in June from the previous 39.1. That was the biggest monthly gain in decades. According to Ivey, all sub-indices of the index increased.

In Europe, Italian retail sales rose by 24.3% while in the UK, the Halifax house price index showed some progress. Similarly, in Sweden, industrial production made a marginal increase in June. And in Australia, the RBA left interest rateunchanged for the third straight month.

The US dollar index is trading at $96.96, which is below last week’s high of $97.80. On the daily chart, the price is below the 50-day and 100-day exponential moving averages and slightly above the 23.6% Fibonacci retracement level. Interestingly, the chart shows that the index has struggled to move above last week’s high of $97.80. Therefore, the index is likely to continue falling as bears target moves below $96.00.