Lufthansa to cut 1,000 admin jobs and 20% of leadership positions to combat COVID-19 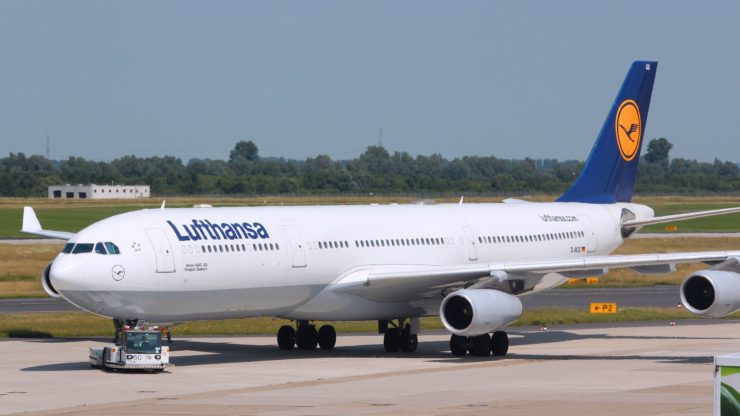 In the next phase of its broader restructuring, Lufthansa (ETR: LHA) said on Tuesday that it now plans on cutting around 1,000 administrative jobs and 20% of its leadership positions to combat the ongoing Coronavirus pandemic.

Shares of the company are currently about 1% up on Tuesday. The £3.92 billion company is roughly 45% down year to date in the stock market. Learn more about value investing strategy.

Lufthansa has an excess of 22,000 full-time positions

The German flagship air carrier also highlighted on Tuesday that it will slash its investment volume by 50% for new aircraft. Its revised financial strategy, the airline added, disables it from adding more than 80 new aircraft to its fleet in the next two to three years.

As COVID-19 brought the demand for air travel to a near halt in recent months, Lufthansa approached the German government for financial support. Its shareholders supported the state-backed £8.13 billion bailout package in June, securing its future that the air carrier otherwise saw in jeopardy.

In April, Lufthansa also resorted to closing its budget subsidiary, Germanwings. The size of its fleet, the German air carrier said, will also be reduced by 100 aircraft. According to Lufthansa, it is committing to minimising equity stakes and government loans as a priority to keep interest charges under control which could otherwise add to the company’s financial burden.

The Cologne-based company reiterated on Tuesday that it had an excess of 22,000 full-time positions. Lufthansa, however, wants to steer clear of forced layoffs. It is consistently negotiating with trade unions to reach an agreement but has so far been successful with the UFO union only; a deal with the German cabin crew that is expected to result in over £450 million in savings.

HSBC to layoff 255 workers in France

In separate news, HSBC (LON: HSBA) also said on Tuesday that it plans on laying off 255 workers in France. Its workforce in the country comprises 678 employees in total. The job cut, as per the largest European bank, will primarily affect workers at its global banking and markets segments in France and will be completed by the end of 2021.

HSBC’s broader restructuring is expected to see its global workforce reduced by around 35,000 jobs in the upcoming years.

The £80.76 billion investment bank that has a price to earnings ratio of 28.19 is currently about 35% down year to date in the stock market.