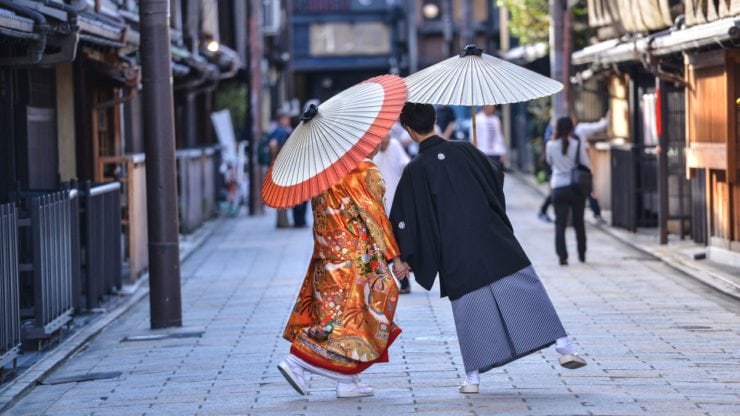 Written by:
Crispus Nyaga
7th July, 03:43
Are you looking for fast-news, hot-tips and market analysis? Sign-up for the Invezz newsletter, today.

The USD/JPY rose slightly as traders reacted to the weak household income and expenditure survey. The pair is trading at 107.40, which is higher than the day’s low of 107.25.

Household spending in Japan declined in May as the country implemented a state of emergency due to the coronavirus pandemic. According to the statistics office, household spending declined by 0.1% on a month-on-month basis.

Analysts polled by Reuters were expecting the wages to jump by 1.8%. In April, at the height of the pandemic, the spending fell by 6.2%. The spending declined by 16.2% on a year on year basis. That was the steepest decline since 2001.

The sharp YoY decline was attributed to the ten-day Golden Week holiday as the country celebrated the enthronement of Prince Naruhito.

Clothing and footwear were the most affected having declined by 37.4%. Obviously, few people in Japan were concerned about buying clothes. Spending on culture and recreation fell by 37.2% while education declined by 29.2%. Food and housing spending declined by 3.4% and 24.2% respectively.

Spending could take a longer period to recover because most people in Japan are known to be avid savers. Also, it could be affected as more firms embrace remote working. In a statement yesterday, Fujitsu said it will halve its office space in the next two years. Most of its 80,000 workers will be working from home.

Meanwhile, income rose by 9.8% in May. That is partly because companies paid extra for people who went to work during the pandemic. This led to a 13.4% increase of their disposable income. However, overtime pay declined by 2.1% in May after falling by 0.7% in the previous month. This number is important because it shows how busy companies are.

Focus shifts to Bank of Japan

Japan, which was in a recession before the pandemic, is going through its worst economic crisis in decades. Although the country did not impose total lockdown, its recovery has been extremely slow because of its reliance on exports. Data released last week showed that the manufacturing PMI rose to 40.1 in June. That was the lowest number released in the developed world. For example, manufacturing PMI in China, Australia, and the US was above 50.

Therefore, attention now shifts to Bank of Japan, which will conduct its monthly meeting in the coming week. Analysts expect it to leave interest rates unchanged and continue with its yield curve control program. They also expect the bank to continue with its quantitative easing program.

Meanwhile, the government has already offered stimulus package worth more than $2.2 trillion. Part of these funds went directly to citizens, who received about $932.

On a positive note, Blackstone is considering investing more than 500 billion yen in the economy. The investment group expects to invest in tourism, medicine, and logistics services in the country.

The USD/JPY pair rose slightly after the weak spending data. On the four-hour chart, the price is slightly below the 50-period and 25-period exponential moving averages. It is also along the 38.2% Fibonacci retracement level. Most importantly, the candlestick seems to be forming a bullish engulfing pattern. Therefore, the pair may continue rising as bulls attempt to move above the two moving averages. The alternate scenario is where the price continues to fall as bears target the 50% retracement at 107.14.