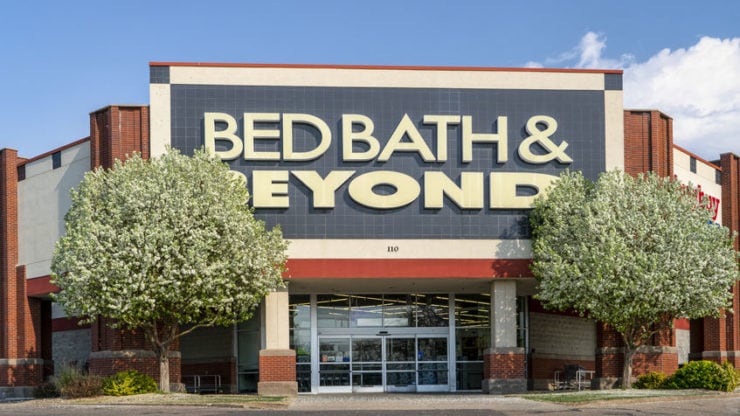 Bed Bath & Beyond (NASDAQ: BBBY) released its quarterly financial results on Wednesday that highlighted its digital sales to have more than doubled in April and May as customers stockpiled cleaning supplies amidst the Coronavirus pandemic. Levi’s also posted a 62% decline in Q2 sales on Tuesday.

Shares of the company are currently about 5% down in extended trading on Wednesday. At £7.79 per share, Bed Bath & Beyond is roughly 40% down year to date in the stock market after recovering from an even lower £2.82 per share in the first week of April. Learn more about value investing strategy.

According to Refinitiv, experts had forecast the company to print £1.10 billion in revenue in the quarter that ended on 30th May. Their estimate for adjusted loss per share was capped at 97 pence. In its report on Wednesday, Bed Bath & Beyond fell shy of both estimates posting a lower £1.04 billion in revenue and a much broader £1.55 of adjusted loss per share in Q1.

At £239.70 million, the American chain of domestic merchandise retail stores reported its net loss to have contracted in the first quarter as compared to £294.25 million in the same quarter last year. Digital sales for the recent quarter came in 82% higher, representing a little under 70% of the retailer’s total sales in Q1.

Overall sales, however, still came in 49% lower on a year over year basis in the fiscal first quarter. The company attributed the decline to the ongoing health crisis that pushed its traditional stores into temporarily shutting down in recent months. Bed Bath & Beyond is scheduled to hold a virtual annual meeting of shareholders on 14th July.

Bed Bath & Beyond to shut down 200 of its namesake stores

The company acknowledged a significant hit from COVID-19 that has left it struggling to pull back into the profitability zone. In the next two years, Bed Bath & Beyond said, it plans on permanently shutting down about 200 of its namesake shops. As of 30th May, it had 1,478 stores in total.

The move, as per the owner of prominent chains like Harmon Face Values, and Buybuy Baby, will save up to £277.50 million for the company annually.

Citing the rising Coronavirus uncertainty, Bed Bath & Beyond refrained from giving its financial guidance for the full year on Wednesday. The Union-headquartered company boasted to have concluded the quarter with £950 million in cash and investments.