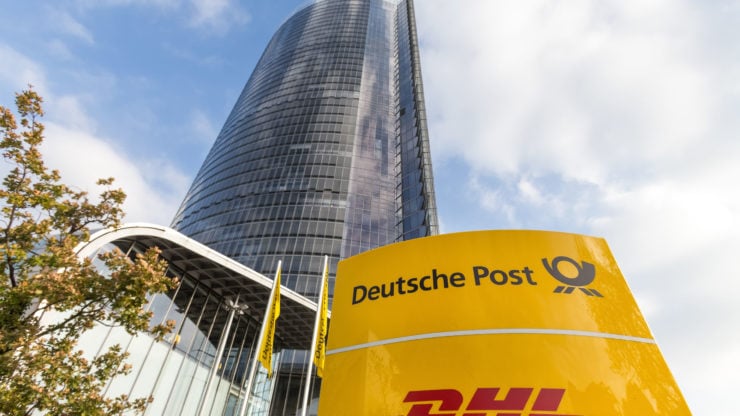 Deutsche Post AG (ETR: DPW) released its preliminary quarterly financial results on Wednesday that highlighted a 16% year over year increase in operating profit. The company also expressed plans of offering a bonus to its employees for their efforts in sustaining operations amidst COVID-19. In June, Deutsche said that its dependence on Amazon was falling during the health crisis.

Shares of the company opened about 1% up on Wednesday and jumped another 1% on market open. Deutsche Post has now recovered its entire loss in the stock market that it recorded in March when the impact of the outbreak was at its peak. At the time of writing, the Bonn-based company has a market capitalisation of £37.88 billion and a price to earnings ratio of 19.66.

Deutsche Post DHL said that the ongoing pandemic fuelled parcel shipments in Germany as it restricted people to their homes, but the global freight business remained under pressure in recent months due to the hit to the world economy.

According to the German logistics group, preliminary figures indicate its operating profit to have climbed to £800 million in the second quarter, topping experts’ forecast of a much lower £730 million.

CEO Frank Appel expressed confidence on Wednesday that DHL express volumes are recovering quickly in July as the Asian and European economies started to ease COVID-19 restrictions last month. He further commented that an unexpected, sudden rise in COVID-19 cases was unlikely, thanks to strict policies regarding social distancing and the use of personal protective equipment like face masks.

Deutsche anticipates up to £3.42 billion in annual operating profit

For the full year, Deutsche Post now anticipates its operating profit to lie in the range of £3.15 billion to £3.42 billion including a non-recurring bonus payment of roughly £180 million to its staff. The bonus, it added, will be accounted for in the company’s fiscal third quarter.

The world’s largest courier company also revised its medium-term guidance on Wednesday. In the event that the global economy recovers timely, Deutsche Post now forecasts to hit its target of £4.77 billion in operating profit by 2022. Without a broad-based recovery, it warned that its operating profit might be capped at a lower £4.23 billion.

On the back of hawkish performance in the second quarter, Deutsche maintained its dividend at £1.04 per share. The German multinational package delivery and supply chain management company is scheduled to publish its full-year results on 5th August.