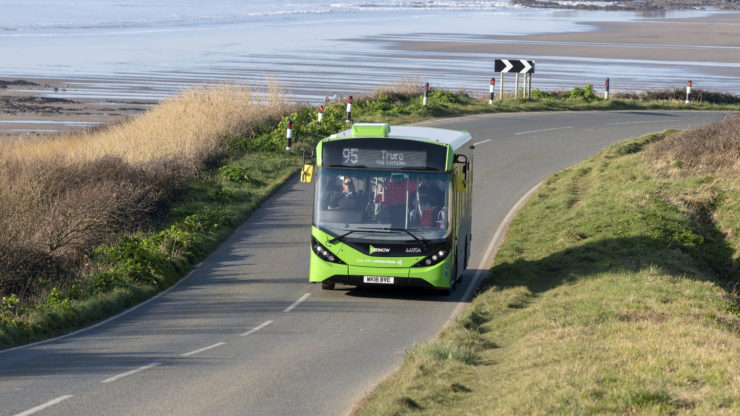 FirstGroup plc (LON: FGP) said on Wednesday that it swung to an annual operating loss in the financial year that ended on 31st March. The group attributed its dovish performance to the Coronavirus pandemic that weighed heavily on passenger volumes in 2020. FirstGroup said:

“The impact of Coronavirus in March, traditionally a significant trading period, resulted in average passenger volumes declining by 90% by month end, with international lockdowns in place and all North American schools we serve closed.”

The company also commented that the rising COVID-19 uncertainty makes it difficult to predict when the demand can be expected to recover.

The British bus and rail operator also warned that it might not be able to continue without financial support in the upcoming months due to COVID-19 that has so far infected a little under 300,000 people in the United Kingdom and caused more than 44,00 deaths. In April, FirstGroup approached the government seeking access to £300 million under the CCFF scheme.

In the recently ended financial year, FirstGroup posted £153 million of annual operating loss that came in significantly weaker than £9.8 million profit in the previous year. In terms of revenue, it saw an 8% year over year decline to £7.7 billion.

The Aberdeen-based company also reported a massive 67% decline in its full-year loss before tax to £299 million that it attributed to £186 million impairment charge ascribed to its Greyhound unit and other costs related to restructuring.

FirstGroup boasted to have concluded June with £1.4 billion in cash and credit lines. The company had a net debt of £3.2 billion at the end of March. The British multinational transport group reiterated its commitment to offloading its North American businesses; a sale that would contribute to timely repayment of its debt.

Owing to the novel challenges raised by the ongoing health crisis, FirstGroup announced to have suspended its dividend to shore up finances on Wednesday.

At the time of writing, the British bus and rail operator has a market cap of £494.24 million.