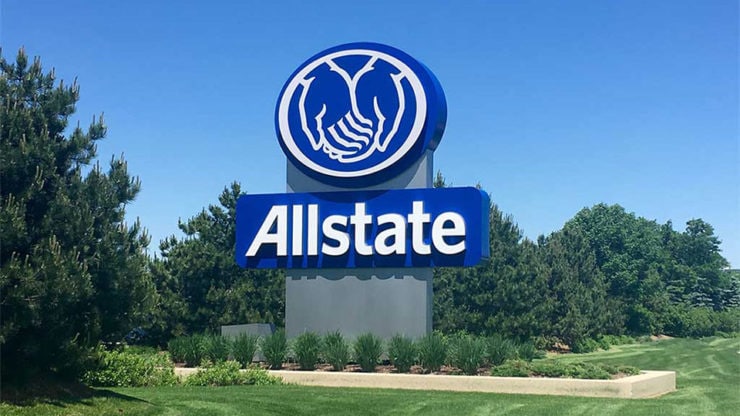 Written by:
Wajeeh Khan
8th July, 13:56
Are you looking for fast-news, hot-tips and market analysis? Sign-up for the Invezz newsletter, today.

Allstate Corp (NYSE: ALL) announced plans of buying National General Holdings Corp (NASDAQ: NGHC) with a cash offer of £3.12 billion on Tuesday. The U.S. insurer wishes to expand its footprint in auto insurance amidst the Coronavirus pandemic that has reduced claims and minimised traffic on roads.

Shares of National General opened about 65% up on Wednesday. At £26.72 per share, the property and casualty insurance company is now 50% up year to date in the stock market after recovering from a low of £10.50 per share in March. At the time of writing, it is now valued at £3.04 billion and has a price to earnings ratio of 12.05.

Allstate expects the deal to be completed in early 2021

The agreement offers £25.51 per share to National General’s shareholders in cash. Including £1.99 per share of closing dividend, the £3.12 billion deal translates to an about 69% premium on the price at which National General closed the regular session in the stock market on Tuesday.

Allstate is one of the largest auto insurers in the United States. In April, the company revealed plans of returning premiums worth more than £478 million to its customers as it recorded many of them driving up to 55% less ascribed to COVID-19 that restricted Americans to their homes.

According to Allstate, the transaction is likely to be completed in early 2021. The deal, it added, will reflect in its return on equity (ROE) and adjusted earnings per share. Learn more about ROE and its importance in investing.

National General’s board has approved the deal

The U.S. insurer also highlighted on Tuesday that National General’s board has already approved the deal. Allstate has included a £105.60 million breakup fee in its agreement with National General. CEO Tom Wilson of Allstate commented on the acquisition and stated:

Allstate named Ardea Partners on Tuesday as its financial adviser while J.P. Morgan Securities LLC will serve the same role for National General.

Allstate opened more than 3% down on Wednesday. At £71.69 per share, it is now roughly 20% down year to date in the stock market after recovering from an even lower £58.27 per share in March. The Northfield Township-based insurance company currently has a market cap of £22.52 billion and a price to earnings ratio of 7.56.