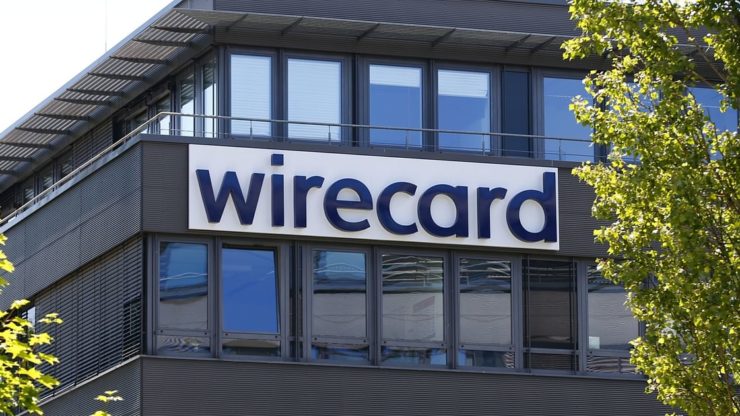 As if we needed another, concurrent reminder of how fragile the world economy is, we recently witnessed the implosion of Wirecard. It was a second-tier player in the payment processing space, and yet its June collapse – which landed its top executive in jail and saw its second-in-command disappear into parts unknown as a fugitive – has brought to light the mainly unspoken of and often unspeakable payment processing space.

It was widely known to be usurious. In every transaction at every point of sale – no matter if the consumer is buying a product or service, no matter if the payment is made online or at a physical point of sale – roughly 3% of the total gets passed from the merchant to the payment processors. This, of course, gets passed on to the consumer. In one delicious irony, this also applies to paying taxes. Governments have to pay this same levy to the payment processors on every deposit; it’s an actual tax on taxes.

The only way around the payment processors are cash, barter and cryptocurrency. According to a 2019 U.S. Federal Reserve report, debit card transactions had just eclipsed cash as the most preferred instrument, 28% versus 26%; that’s in a mature economy so it’s safe to assume cash is still more preferable in most precincts, but still, that augurs more money going into payment processing. Barter has always been an informal and difficult-to-value means of exchange, or we wouldn’t have money in the first place. And although buying and selling via crypto is designed to be a little sketchy, it couldn’t possibly be that much actual spending; the entire market cap for all tokens listed on CoinMarketCap is, as of this writing, less than $300bn (£240bn) while the amount of cash in circulation is more on the order of $30Tn, according to the Bank for International Settlements.

The toll so far

Wirecard was supposed to be a boring company. The German-based firm was a payment processor, transferring money from consumers’ accounts to merchants’ accounts. Unless such a company really made a hash of it, you’d have never heard of it.

You’ve heard of it now.

While warnings of financial shenanigans go back to 2014, it wasn’t until June 2020 that the public read in the FT that €1.9bn had disappeared off the books. German police arrested CEO Markus Braun on fraud and market manipulation charges. COO Jan Marsalek was about to be fitted for his own pair of iron bracelets when he disappeared in the wind.

Germany’s BaFin financial regulator had some hard questions to answer, as did auditor EY. As Wirecard shut down and its competitors began jockeying to acquire its assets, governments ordered it to cease operations in many of the jurisdictions in which it operated.

These include the United Kingdom, where the Financial Conduct Authority was quite displeased. The BBC’s Simon Gompertz wrote a heart-wrenching story about how the benefits card Pockit was among the dozens of vehicles that was frozen by the FCA’s Wirecard clamp-down, with devastating effects on vulnerable people who relied on it.

“It’s really bad. I’m left with nothing,” Gompertz quotes one victim. “Once the gas goes off, I’ll have none for cooking or hot water.”

That one story might put a human face to the crisis, but the Worldcard scandal caused pain to rich, poor and many in between. Their credit cards, debit cards, phone cards, gift cards, foreign currency cards and so on were suddenly, if only temporarily, worthless.

It’s difficult to believe, but all this stems from a company that represented 0.1% of the total payment processing space, and the amount apparently embezzled represents only around one year’s revenue. While one might have grudging respect for the individual ambition and audacity behind a $2bn+ scam, it’s barely a frayed end in the overall fabric of the payments industry.

By the way, there’s technically no such thing as “the payments industry”.  Wirecard was considered part of the Information Technology sector by AlphaSense, Financials by Bloomberg and Business Support Services by MarketScreener.

Perhaps it’s best understood in the context of who it competed against. But that’s as much art – abstract, non-representational – as science. Wirecard’s peer group, aside from 12 jurors, ranges from ubiquitous card network Visa to niche-y bank clearance software purveyor Jack Henry & Associates. These and others tend to clump together under the aegis of the Data Processing & Outsourced Services industry of the Information Technology sector, but so does proxy statement printer Broadridge Financial Solutions which has nothing at all to do with payments.

Still, what Business Insider refers to as the payments “ecosystem” is broader than any industrial classification. Wirecard, despite its name, was not a card network. It operated primarily in the acquirers/processors space, although most the damage it did was to card networks.

There are also issuers, such as American Express or most retail banks. Transaction facilitators with familiar names like PayPal and WorldPay are referred to as gateways; along with R3, Ripple, and other blockchain plays, they also comprise the noncard payments category. To begin to explain independent sales organizations and member service providers would take another article.

Put it all together, though, and there emerges a business with $1.9Tr in annual revenues globally, according to McKinsey, and growing a steady 6% per year. Square, another acquirer/processor, estimates that between 2.87% and 4.35% of every transaction goes into this shadow industry.

For perspective, compare that with what the rest of the world recognizes as its largest industries. If payment processing could be broken out, it would be the tenth-largest industry in the world, according to IBISWorld.

That’s bigger than the electronics, pharmaceutical or wireless telecom industries. Imagine if something went very wrong.

Wait, it has. And it was worse than any scam that Braun, Marsalek and their associates might have ever cooked up. Wirecard captured all the headlines this year because out-and-out criminality is easier to explain than overall sketchiness. And for overall sketchiness, nothing exceeds retail-level foreign exchange.

And it gets worse

There probably isn’t any reason to still have bureaux de change anymore. Anyone traveling outside their home currency zone is bound to have a debit card, or at least a credit card with a cash-advance offering. This same card can get yen out of an ATM in Japan, dinars out of one in Saudi Arabia or dollars out of one in Zimbabwe.

Just this year, Finablr – a British-based cross-border payments processor which owns two foreign exchange businesses – apparently hemorrhaged $1.0bn since the start of this year, a big step up from the $334m it misplaced in fiscal 2019. The trade journal PYMNTS.com is a rich source of information about scandals in this space.

If that were the only recent example of payment processors gone wild, a sad shrug would be in order before moving on to more pressing problems. That, however, is not the case. Last year, Australia was struck by a rash of payroll automation errors resulting in tens of millions of dollars of employee underpayments. Hardware chain Bunnings, retailer Woolworths and restaurateur George Calombaris were among those employers sharing the shame, according to PAYMNTS.

And again, this can all be seen as chump change. But the stakes are getting higher as the “ecosystem” consolidates, Global Finance reports. Last year alone, NCR acquired JetPay for $184m, Fiserv bought First Data for $22 billion and FIS spent $34bn to buy Worldpay, all resulting in a sharply shrinking gateway space.

The fewer companies, the less competition and thus the more these firms can charge for essentially adding very little value. The payments “ecosystem” is ripe for disruption. The fact that we can all move money at no expense via PayPal’s Venmo service or the retail banking industry’s Zelle offering prove the point. Whether they represent the path forward, or whether cryptocurrency does or whether there is another way of facilitating payments without extracting an invisible tax is all a religious argument. Maybe the average consumer doesn’t notice a 3% or 4% or even 5% siphoning off of their spending power.

But at some point, they will.