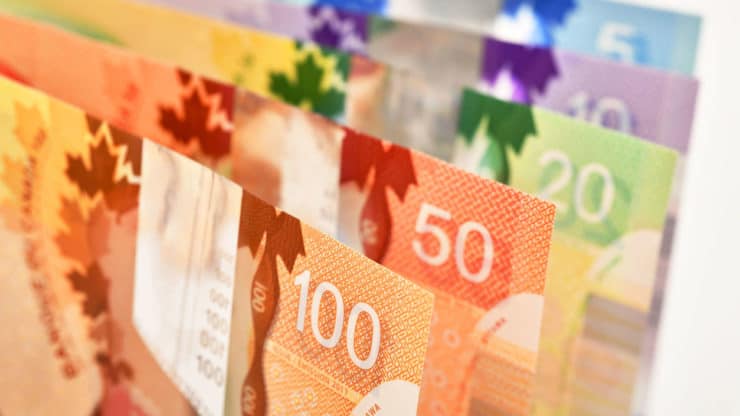 Written by:
Crispus Nyaga
9th July, 12:57
Are you looking for fast-news, hot-tips and market analysis? Sign-up for the Invezz newsletter, today.

The USD/CAD pair is inching downwards today as traders react to the rising crude oil prices and upbeat economic data from Canada. The pair is trading at 1.3500, which is lower than June’s high of 1.3717.

Canada is a major oil exporting country. According to the Energy Information Administration (EIA), the country is the fourth world exporter after the US, Saudi, and Russia. Therefore, the country’s economy tends to depend on the prevailing prices. As we reported last week, higher oil prices was a main reason why the country’s exports rose in May.

Crude oil prices have been rallying in the past few months. In the past 30 days, the price of Brent and West Texas Intermediate (WTI) has jumped by 8% and 9.8% respectively. The two benchmarks are now trading at the highest point since March this year.

The price of oil has been rising mostly because of the rising demand as the world economy continues to reopen. It has also been supported by the falling oil rigs in the US and the supply cuts made by OPEC+.

The USD/CAD pair also reacted to upbeat housing numbers from Canada. According to the Canadian Mortgage Association, housing starts in June rose 211,681 from the previous 195,000. That was an 8% increase.

Analysts polled by Reuters were expecting the numbers to rise to 198k. As such, the starts have risen in the past two consecutive months and is a signal that that the Canadian economy is booming.

Just last week, we received upbeat trade numbers from the country. According to Statistics Canada, exports increased by 6.7% in May while imports fell by almost four percent.

Also, data released by Ivey this week showed that the PMI rose from the previous 39.1 to 58.9 in June. A PMI reading above 50 is usually a sign that the sector is improving.

Therefore, analysts believe that the country will report upbeat jobs numbers tomorrow. Those polled by Bloomberg expect that the economy added more than 700k jobs in June after adding more than 289k in the previous month. That will be the best monthly gain ever recorded. Also, they expect that the unemployment rate will fall to 12% from the previous 13.7%.

Meanwhile, the Canadian dollar is also being supported by the stabilising coronavirus situation. As shown below, the country has been reporting less than 300 new infections for the past few weeks. That is less than the peak of 2,760 in May. In comparison, the US confirmed more than 62,000 yesterday. Better, the number of deaths in Canada has declined.

The USD/CAD pair is trading at 1.3500. On the daily chart, this price is trading below the 50-day and 100-day exponential moving averages. It is also slightly below the 61.8% Fibonacci Retracement level while the RSI has been declining. Therefore, I expect the pair to continue falling as bears target the June low at 1.3315.