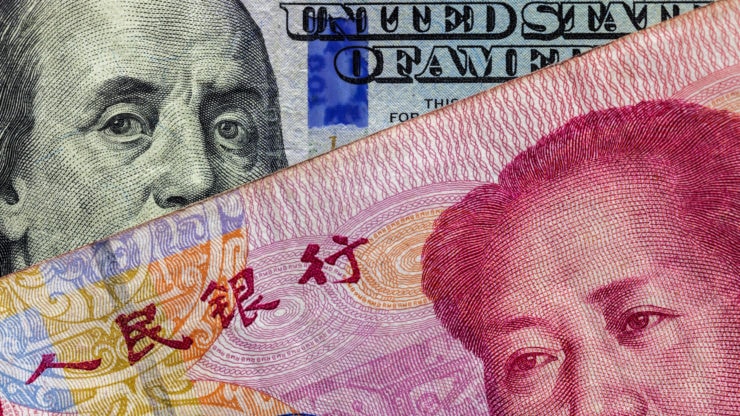 The USD/CNY pair declined by more than 0.25% as traders reflected on the latest inflation data from China. The pair is trading at 6.9861, which is the lowest it has been since March 13.

The Chinese yuan has been rallying this week. The currency has gained by more than 1.1% in the past three days. And on Monday, it had its best day since December last year.

Some analysts attribute the rally to an editorial in a leading Chinese newspaper that predicted a strong bull market. This also led to a sharp rally in stocks, with the Shanghai composite gaining by more than 5%.

Meanwhile, the price producer index moderated in June as the price of global commodities rose. The PPI fell by 3% in June from a year earlier. That was better than the previous increase of 3.7%. This increase was partly because of higher crude oil prices.

The decline of USD/CNY is also partly because of the strength of the Chinese economy. Data released last week showed that the manufacturing and services PMIjumped sharply. The two have been rising for the past few months. The strength is also seen by the prices of industrial metals. According to Bloomberg, the industrial metal index has jumped by 20%, which is a signal of increasing demand.

Deaths too are rising. According to the Covid Tracking Project, there were more than 900 deaths on Wednesday, up from 242 on Monday.

The daily chart above shows that the USD/CNY pair is trading below the 50-day and 100-day exponential moving averages. The RSI has moved to the oversold level of 24. Also, the price is below the 50% Fibonacci retracement level. Therefore, I expect it to continue falling as bears attempt to move below the 61.8% retracement level at 6.9718. On the flip side, a move above the 50% retracement at 7.0110 will invalidate this prediction.