Walgreens Boots Alliance swings to a net loss of £1.35 billion in Q2 due to COVID-19 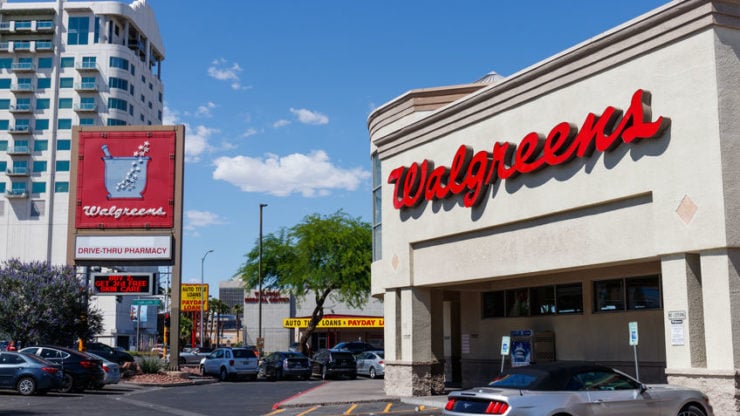 Written by:
Wajeeh Khan
9th July, 13:25
Are you looking for fast-news, hot-tips and market analysis? Sign-up for the Invezz newsletter, today.

Walgreens Boots Alliance (NASDAQ: WBA) published its quarterly financial results on Thursday that acknowledged a significant hit from COVID-19 that minimised visits to the doctor and slashed demand for medicines in recent months. The company also spent more on cleaning stores and keeping its staff on payroll amidst the outbreak.

Shares of the company were reported about 5% down in premarket trading on Thursday. At £34 per share, Walgreens Boots Alliance is roughly 25% down year to date in the stock market after recovering from an even lower £30.34 per share in mid-May. Learn more about swing trading.

According to Refinitiv, experts had forecast the company to print £27.15 billion in revenue in the quarter that ended on 31st May. Their estimate for earnings per share (EPS) was capped at 92 pence. In its report on Thursday, Walgreens posted a higher than expected revenue of £27.36 billion in the third quarter but fell shy of the earnings estimate with 65.57 pence of adjusted earnings per share.

The pharmaceutical chain registered £1.35 billion of net loss in Q3 versus £810 million earnings in the same quarter last year. Walgreens attributed up to 51.35 pence per share of loss to the impact of COVID-19.

Walgreens said that its business outside of the U.S., particularly in the U.K. performed the worst in the recent quarter. Its results were also weighed by higher costs related to its supply-chain and increased demand for low-margin items.

Walgreens inks an agreement with VillageMD

On a year over year basis, the American holding company noted an increase in its sales from £27.33 billion to £27.36 billion, with an up to £592.50 million hit primarily to its international stores’ sales due to the health crisis. In the U.S., its stores that were open for a minimum of one year recorded a 3% annualised increase in sales versus a 0.2% decline expected.

Walgreens also announced to have inked an agreement with VillageMD on Wednesday that will see up to 700 of its stores in the United States opening offices for doctors in the next 5 years.

The Deerfield-based company also performed downbeat in the stock market last year with an annual decline of about 15%. At the time of writing, Walgreens Boots Alliance has a market cap of £29.31 billion and a price to earnings ratio of 10.87.