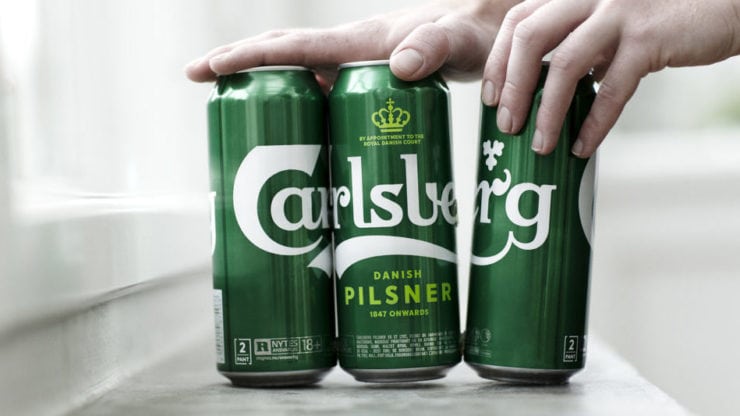 Carlsberg (CPH: CARL-B) expressed confidence on Friday that its operating profit in the first of the current financial year will see a narrower decline than previously estimated. The Danish brewer attributed its hawkish outlook to the Chinese market that it said recovered quickly in the second quarter as the government eased COVID-19 restrictions. Carlsberg’s UK arm announced a merger with Marston’s in May.

Shares of the company jumped roughly 5% in premarket trading on Friday. At £110 per share, Carlsberg is currently about 7% down year to date in the stock market after recovering from a low of £80 per share in March. Learn more about how to choose winning stocks.

Carlsberg forecasts a 9% decline in operating profit in H1

“Carlsberg is navigating the crisis well. Beyond 2020 and the easy comparison in 2021, which should be a summer of sport, Carlsberg remains an attractive investment proposition.”

Citing COVID-19 that has so far infected more than 12 million people worldwide and caused over half a million deaths, however, Carlsberg refrained from updating its full-year guidance that it suspended earlier in 2020. According to the Copenhagen-based company:

“Although government lockdowns are gradually being lifted, the sales development across our regions in the coming months continues to be volatile and uncertain, not least during the important summer months.”

Carlsberg is scheduled to publish full results on 13th August

Carlsberg is scheduled to publish its detailed results on 13th August. In its announcement on Friday, the company reported a 15% decline in sales in the second quarter while volumes, it added, were 8% down in the recent quarter. In China, however, that marks its largest market, Carlsberg saw significant improvement in the second quarter.

In Western Europe, on the other hand, the Danish brewer said that the start of Q2 was troublesome as governments resorted to countrywide lockdowns. In the second half of the quarter, it commented further, early signs of recovery started to appear as restrictions eased. As per Carlsberg, the price-mix across all markets remained negatively impacted.

At the time of writing, the Danish multinational brewing company has a market capitalisation of £15.88 billion.